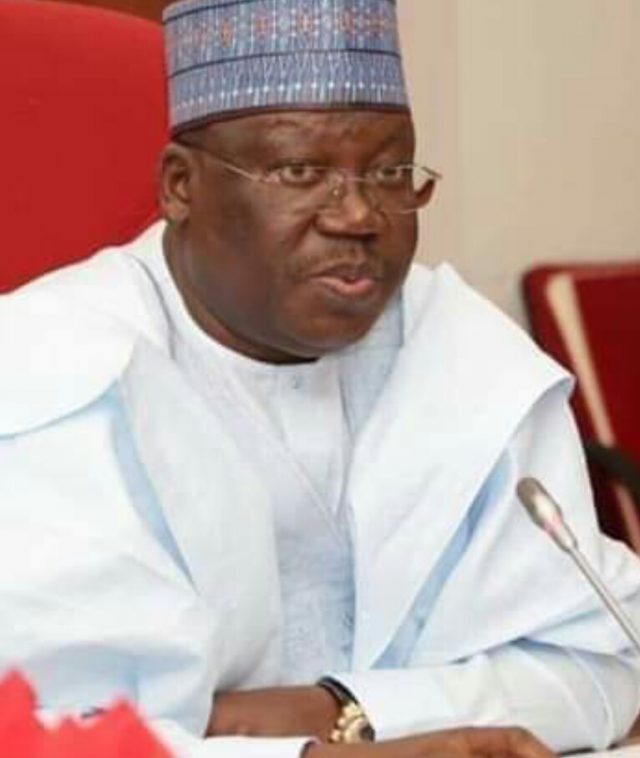 President of the Senate Ahmad Lawan says the implementation of the 774, 000 jobs was approved for the National Directorate of Employment (NDE) not the Minister of State for Labour and Employment Festus Keyamo.

Therefore he says, a joint committee of the National Assembly was right to demand explanation on the recruitment citizens for the public works jobs.

Last week, Keyamo engaged in a shouting match with some Senators and House of Representatives members while responding to questions about the recruitment.

NDE is meant to implement the project at the local government level.

While the lawmakers had accused Keyamo of hijacking the programme from NDE, the minister hit back, saying they were the ones trying to take over the project.

The legislators later said the programme would remain on hold until details of how it would be implemented are made available to them, but Keyamo has maintained that they do not have the powers to do so.

Speaking with journalists in Abuja on Monday, Lawan said it is within the purview of the committee to know how the programme would be implemented since N52 billion was approved for it by the national assembly.

“We know NDE has the capacity to implement the programme. So, that programme is an NDE programme approved by the national assembly.

“The committee resolved that the programme be suspended until such explanations are provided on how this programme will be implemented. We stand by that.

“The national assembly is saying that until the executive arm of government comes to explain how they will implement that programme.”

The senate president added that only the NDE would implement the programme and not the labour ministry.

“We passed the budget for NDE to go and implement because it has the capacity. Our purpose is not just to approve money. What the national assembly is insisting on is in national interest,” he said.