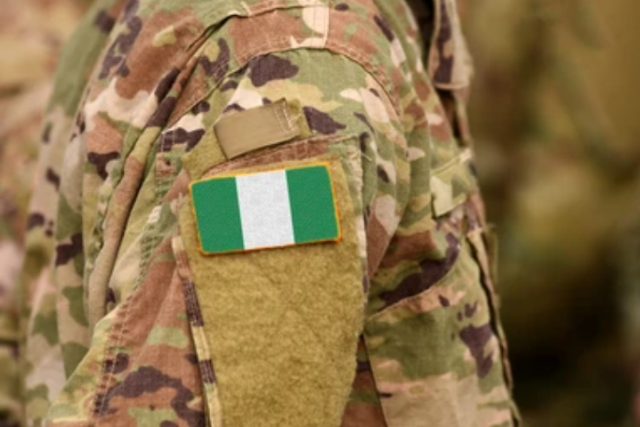 A senior officer and commander of the Nigerian army’s battalions fighting insurgency in the north-east may have been killed, military sources have said.

The commander, a lieutenant-colonel, was feared killed by suspected Boko Haram insurgents who attacked a military base in Mainok, Borno state, on Sunday.

Thirteen soldiers were also said to have been killed in the attack.

Reports had emerged earlier on how soldiers engaged the insurgents.

But other sources who spoke on the matter revealed that the troops were overpowered by the insurgents who came with “heavy weapons”.

“They had four MRAPs (armoured military vehicles), four gun trucks and other heavy machines,” one of the sources said.

“As I speak, the commanding officer has been hit, and some other soldiers.

“There was air support, but sadly, the air force missed its coordinates and couldn’t eliminate the insurgents.”

Another source also said “the troops have been dislodged from the camp as the insurgents are taking over.”

The insurgents, who were said to have stormed the base at about 2:00pm on Sunday, disguised in a military convoy and gained access into the premises before shooting sporadically and killing the soldiers.

The insurgents also razed down a police station and looted weapons at the military base.

A military source said the insurgents operated for about two hours before fleeing the scene of the attack.

When contacted, Mohammed Yerima, army spokesperson, said he will provide an update on the attack later.

South Africa: The Illusion Of A “Rainbow” Nation

‘Youth Party Not Affected By Supreme Court’s Ruling On Deregistration’