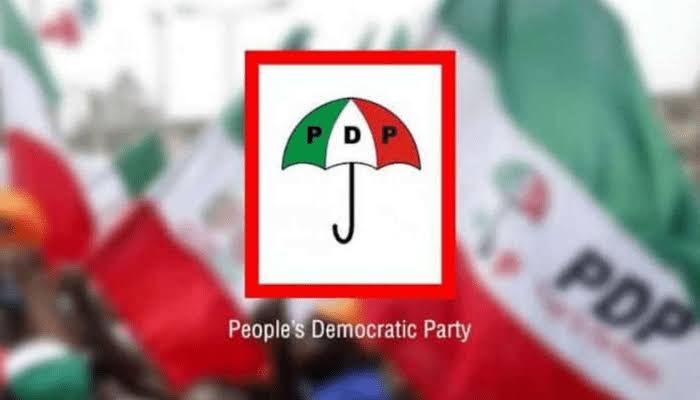 National chairman-elect of the Peoples Democratic Party (PDP) Iyorchia Ayu has vowed that his administration will look into the books of the party with a view to enthroning a culture of accountability and transparency in the running of party affairs.

Dr Ayu disclosed this at the party’s secretariat, Abuja on Thursday, following the end of a two-day retreat organized for the National Working Committee, NWC, members-elect.

The former Senate President’s vow came against the backdrop of a paper presented at the retreat by Okwesilize Nwodo, former national chairman of the PDP.

Nwodo in a veiled dig at successive administrations wondered what happened to the huge sums of money he handed over to Bello Haliru-led executive committee.

“I handed over N11 billion in fixed deposit and ₦800 million in current account when I left as national chairman after seven months. I don’t see what was done with that money.

“Millions were raised to finish our national headquarters; we don’t seem to have a trace of where all that money went. Our headquarters is yet to be completed. Today we don’t even have a party account. We have to get back to strict monitoring of our party accounts.

“Our internal audit department needs to be strengthened and supported by the party leadership. Very strict sanctions must be imposed on the mismanagement of party funds.

“I suggest that we include inviting the Economic and Financial Crimes Commission, EFCC to probe erring officers and members and prosecution of those found culpable. This is the only way to create a deterrent,” Nwodo stated in his presentation.

Reacting to the development, Ayu said PDP under his stewardship will breathe the fresh air of transparency.

He said: “By the time we come to the office, accountability will remain our watchword and I want to assure all of you that we will run the PDP administration as transparently as possible.

“The outgoing NWC has set up different committees to look into different areas. We shall take up all the reports, review them, look at the facts and then attend to each issue according to the facts available to us.

That said, Ayu slammed the President Muhammadu Buhari-led administration over the planned increase in the price of Premium Motor Spirit, PMS, saying, “the PDP does not believe in visiting more hardship on the Nigerian people. The party has not discussed the issue of an increase in petroleum prices but our general position is that the people of Nigeria are already hard-pressed. There is so much hardship.

“If you are poor, you are not going to benefit from what is called petroleum subsidy.

“Food prices will escalate and they are already very high out there. You will find that the crime rate will increase. Every single vice which has escalated under the All Progressives Congress, APC will double. So the APC government is trying to take us into the highest level of suffering and ultimately, taking Nigerians to a position of non-existence,” he lamented.

Ayu further promised to explore alternative sources of funding for the party as well as organize up periodic retreats for party officials to keep them abreast of various spheres of party administration.

Ekiti PDP Leaders Place Death Curse On Themselves If They Betray...