540 US dollars. That’s how much the South Korean government will pay you monthly as a woman who has a baby – up till the baby’s one.

The idea is simple – to stimulate baby making by inducing the women financially. South Korea has the lowest fertility rate in the world with a woman most likely to have not one, but 0.8 baby in her lifetime. That is, if you have 10 South Korean women, only 8 will agree to have a child. For a population to remain constant, a woman must have two children at least – a replacement of herself and her spouse. Demographic standard is 2.1; the 0.1 on top being the margin for incidents of losses. As you can imagine.

Prosperous countries are struggling with fertility, mostly out of choice. It seems the richer people get, the less they want kids. (Don’t cite Elon Musk here because we aren’t trying to discuss transvestite eugenics). The united States has a fertility figure of 1.6, similar to the UK and Germany at 1.5; while Japan stands at 1.3, Italy is 1.2. Anything less than 2.1 means the nation has scheduled a date with extinction.

Poor counties are eager to make babies, as a general rule. Nigeria is ahead at 5.1, bettered by Burundi at 5.2; Mozambique is 4.7; and over there in Ghana, they tick 3.7.

India has stabilized at 2.8 whole China battles 1.7. The picture of a transitioning society seems reflected in those figures, isn’t that so?

What exactly does this picture mean?

One thing is certain. Entire small towns have been wound down in Japan , the homes desolate and abandoned due to population shrinkage. In Italy, efforts are ongoing to sell home for a dollar apiece, just to attract settlers.
Germany recruits 500,000 skilled workers yearly and the country encourages women to keep their pregnancies like the future of the country that it is.

The pressures are killing the baby factories too. Lagos is choking, jobs are rare, pollution is the rule and all roads lead abroad. Nigerian doctors have nearly all fled and one might say that most of the people who can afford it spend a lot more time outside the country than within. The whole country is poked with crimes stemming mostly from inability to feed millions of gaping mouths.

These are the immediate practical implications, but the details are much more subtle and the overall effects will have impacts of historic proportions.

Emigration causes peoples and cultures to mix and when they do, a lot of things are thrown up. The Americans are addressing their issues frankly, admitting that their majority Caucasian race is heading for a minority status. One of their solutions is outright acculturation. They intend to indict immigrants into their values and cultures so that even if the colour of the nation’s skin is altered, it’s values will remain mostly in place. The minorities of Asians, Latinos and Blacks are presently the majority in the United States – by birth statistics. With the fertility rate of Mexico standing at 2.0 and Brazil at 1.7; it does seem the United States will actually become more Asian than Latino with blacks being a significant minority.

This tells us one thing, namely, that most of the Nigerians you see moving over to Europe and North America today will be absorbed ínto those lands. They are not coming back. And that does their permanent absence portray? Well, it depends on what quality is in them. Are they engineers and doctors and highly skilled welders, builders, programmers and so forth? It means those left behind will have to carry on without experts but do with the less capable ones. That points to the future of that society. 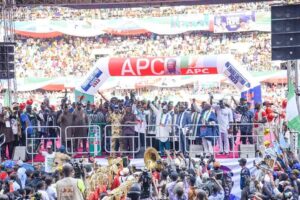 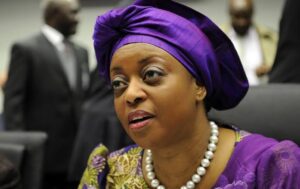 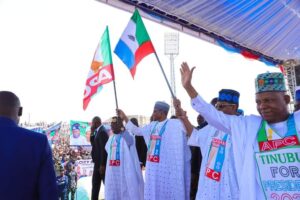 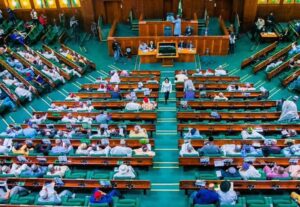