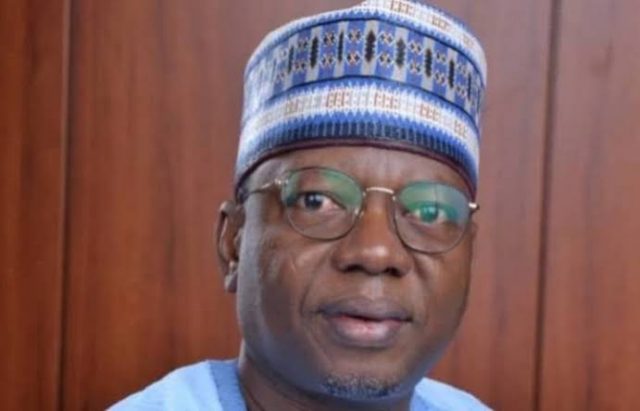 As security forces’ search for those behind the kidnap of 42 people – including 27 children, from Government Science College, in Kagara, Rafi Local Government Area of Niger State, Senator Sani Musa, who represents Niger East where the LGA falls in the Senate, speaks on the siege his constituents have endured over the past seven years from banditry and terrorism. According to him, it is not only Rafi LGA that is under siege in Niger East.

The other eight LGAs in the senatorial district are under attack. Heavily armed men in military uniforms raided the Government Science College on Wednesday, killing one student and spiriting others into a nearby forest. The mass abduction came just two months after 300 students were kidnapped from a school in Kakara, Katsina, President Muhammadu Buhari’s home state, while the President was visiting home.

How bad are things in Niger State?

Kidnapping has become a recurring decimal in Niger State in the last seven years. Almost every time I stood at the hallowed chamber, I brought the issue of security in Niger, especially in my senatorial district, to the fore. The area consists of nine local government areas of the 24 local government areas in the state. In the last seven years, three of the local governments have had serious attacks which were unreported. Because of that, I feel it is necessary that government, going by the Constitution, which guarantees the protection of lives and property, acts on it.

I just felt it was necessary to ask on the floor of the Senate that a state of emergency be declared on insecurity in Nigeria. Abduction of schoolchildren happened in Chibok. It happened in Dapchi. It has now happened in Kagara. We can’t guarantee where next. Necessary steps have to be taken. A few days ago, about 19 people lost their lives to bandits in Niger East. The Village Head of Daras in Kusherki District heard a bang on his door and bandits forcefully entered his room, took him out and shot him in the presence of his family. They took his brother, his son and wives away.

Some people came for an examination in Kagara. On their way back to Pandogeri, they were attacked. Two people lost their lives while seven were abducted. The same thing happened in Sarkin Power in Munya Local Government Area. It is continuous. The Federal Government needs to take the security of this nation as its priority.

No matter what development we are talking about, no matter what palliative we give to people, if there is no security, it is as good as not doing anything. I stand to be corrected, is there anybody in this country that is immune to insecurity? The Federal Government is overwhelmed. I can say it without fear or favour that other tiers of government, it seems they lack the knowledge of how to rise to the security challenge.

Could you explain what you mean by a state of emergency in this context?

What I meant by a state of emergency is very clear. It is an automatic option of doing what is needful and what is necessary to be done. For instance, when you say that the local government chairman is the chief security officer of a local government, what are his functions? It is to maintain law and order in the local government. Is that what is happening today? I can tell you without fear of contradiction that the majority of the local governments in this country are not operational. When you talk about the states, I can’t be the chief security officer of a state who has been having intelligence reports on security matters and I will come to the media to make statements that will be instigating the populace. In that essence, is there a security approach to it?

At the national level, we have all the service chiefs, we have the Department of State Security Service, DSS, Defence Intelligence Agency, and National Intelligence Agency, who daily provide intelligence reports to the President and other organs of the state. Are other organs of the state making good use of the reports? The answer is no. What I meant by state of emergency is for the federal government to ask all state governments to take security as a priority.

Are you saying the President hasn’t done enough?

But the President controls the police and the military…

I am one person who was very vocal about former service chiefs. I felt they had done their beats and there was the need for them to go so that new people can take over. And this has been done. Mr. President has done that. The new service chiefs have commenced work. What I am saying is that we should energise them and give them all the logistics they require to face these criminals. When you are talking about ransom, in a decent society, this cannot be allowed to continue. If you negotiate with one group today, another cell will come up tomorrow. It is not done. No country will tolerate that.

Talking about the terrain, Kagara Forest in Katsina and Zamfara extends to Kamuku Forest through Kosheriki and Pandogeri. If you come through Shiroro, the Alawa Forest is there. Most of these bandits were coming through the Alawa axis. And I had said it in so many of my motions on the floor of the National Assembly, that the military should establish a base within Alawa axis.

There is no way they can’t pass through Alawa when they are coming from Zamfara. After my governor had tried many things without success, he tried to see how the Alawa axis can be handled. Meanwhile, these bandits had already come in. Without the field presence of the armed forces, we can’t do anything in that area.

That is why these guys have a field day in that axis. And it is a hilly area but not a dense forest with poor visibility. I have spoken severally with my governor on the matter and he told me that he shares intelligence with his Kaduna State counterpart. It is by so doing that we are able to know the locations these people use.

The governor has no powers to deploy the army and the police. All he can do is to get the information which he gives to them. There is nothing he can do without federal might. That is the reason I am asking the federal government to declare a state of emergency. With the insecurity in this country, we cannot runway from the disintegration our elders are talking about.

VIOs Can Only Ask For Road Worthiness In Their Offices – Lawyer