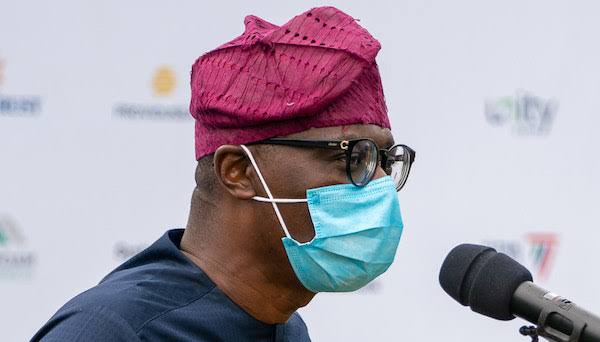 Lagos State Governor Babajide Sanwo-Olu says places of worship in the state will be reopened from August 7.

Sanwo-Olu disclosed this during a briefing on COVID19 at the State House in Marina.

While mosques will be reopened next week Friday, the governor said churches will follow suit on Sunday, August 9.

According to him, religious leaders must make available hand sanitisers, thermometer guns, adding that the state government will ensure that social distancing is maintained.

He also noted that the centres would be allowed to open only once a week, and operate at 50-percent capacity

According to the governor, capacity for public gatherings has now been increased from 20 to 50 persons.

“We will be increasing the permissible capacity for public gatherings from 20 that we had in the past months to 50 persons. This means that at annual general meetings, at funerals, at regulated social events, you can actually increase the capacity now,” he said.

“Lagosians should also continue to keep in mind that mass gatherings can increase the spread of infectious disease. As such, all standard prevention and control measures must still be strictly adhered to. Physical distancing, mandatory temperature checks, use of face masks in public, regular disinfection of premises and personal hygiene, we must continue to ensure and enforce compliance with all of these things.

“Places of worship in Lagos will now be open from Friday, the 7th of August, for our Muslim worshippers and on Sunday, the 9th of August, for our Christian worshippers. But we’ll only be allowing 50 percent of their capacity; a maximum of 50 percent of their capacity at either the church or the mosque. Churches that have Saturday worship day will also be allowed to start holding their Saturday worship.”

He maintained that “places of worship are only allowed to have their regular once-a-week service on designated days”.

Places of worship in Lagos have been closed since March in the wake of the coronavirus pandemic.

In June, the governor had announced that religious centres would be allowed to reopen but the decision was later rolled back.

Sanwo-Olu Pays N500,000 Debt Of Man Who Wanted To Jump Into Lagoon

Lagosians To Obtain Licence To Drill Borehole From 2020