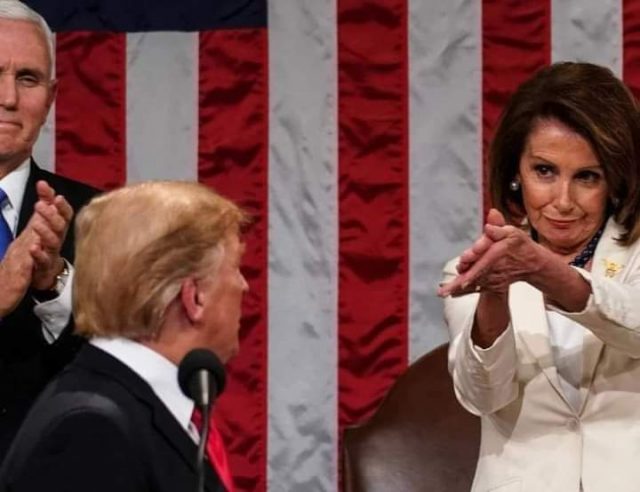 A majority of the House of Representatives voted on Wednesday to make Donald Trump the first United States president ever to be impeached twice, formally charging him in his waning days in power with inciting an insurrection just a week after a violent mob of his supporters stormed the Capitol.

The historic vote was passed via a resolution of 232 majority to 197.

But it appeared unlikely that the extraordinarily swift impeachment would lead to Trump’s ouster before the Republican president’s four-year term ends and Democratic President-elect Joe Biden is inaugurated on January 20.

The Senate’s Republican majority leader, Mitch McConnell, rejected Democratic calls to convene the Senate in emergency session to begin an immediate impeachment trial, according to a spokesman.

The House passed a single article of impeachment – a formal charge – accusing Trump of “incitement of insurrection,” focused upon an incendiary speech he delivered to thousands of supporters shortly before the pro-Trump mob rampaged through the Capitol.

The mob disrupted the formal certification of Biden’s victory over Trump in the Nov. 3 election, sent lawmakers into hiding and left five people dead, including a police officer.

During his speech, Trump repeated false claims that the election was fraudulent and exhorted supporters to march on the Capitol.

England Slips Into Another COVID19 Lockdown As National Cases Top 1...