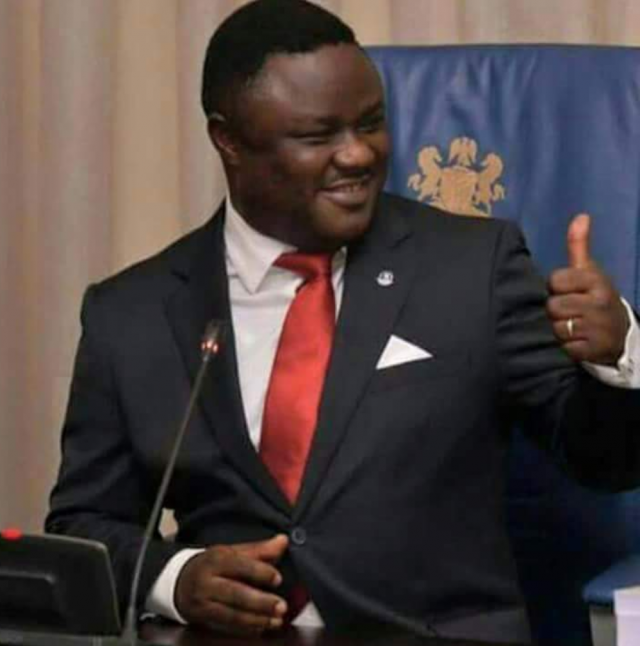 Tagged Budget of “Blush and Bliss”, the budget has a total estimate of N277 billion.

This is the first time the governor is proposing a budget less than N1 trillion for the state. Although there is no word on how much his figures came about or if such numbers were ever funded.

The governor explained that the budget was people oriented hence he set aside 67 percent of the total estimate for recurrent expedititure to meet the immediate and physical needs of Cross Riverians in the aftermath of the COVID19 and #EndSARS conflagrations.

According to Ayade, because of the cummulative impact of the disaster that characterises 2020, “I decided along with my executive council after due consultation that the budget of this year will focus more on the humanitarian perspective.

His words ‘”We have decided to shift focus from infrastructure , from big projects and refocus on the people.

“So this is the people’s budget, a budget that for the first time we are shifting from infrastructure, from major projects, from all the big dreams and projects that can actually create opportunity to focus on the very essence of existence, hunger and poverty,” he said.

The Cross River state governor further stated that “this budget takes care of unemployment, takes care of the issues of security consistent with the provisions of the Constitution in section 14 sub Section 2”.

“We have decided to focus so much on Agriculture, youth Employment, Social housing and youth skill development.”

He added that it will create a lot of Opportunities for Cross Riverians.

On security, the governor disclosed that the budget has a provision for establishment of neighborhood security watch which will deal with the issues of neighborhood protection and also create a lot of jobs for graduates and non graduates alike.”

Speaking further, Ayade said: “The extension of NYSC is adequately provided in the budget to ensure our young graduates do not despair upon leaving camp.

“We have also made adequate provisions for agriculture to ensure that all young people who study agriculture upon leaving school move into the agricultural sub Sector by providing for procurement of equipment , clearing of land and supporting our people with funds for agricultural inputs”

The governor told the House that thhe 2021 budget also factored in scholarships and bursaries for young Cross Riverians.

“We have decided to reactivate the elders council , the youth forum and to see how we can finance and encourage school programs , we’ve introduced scholarships and bursaries, we have introduced all of these that appeals to young people so they can see that this is their government”, he maintained

Explaining the christening of the budget, Ayade said: “Blush because it is a thing of shame of where we are coming from, blush because we are going through a situation where our face is red and in pain

“It is blush because we are coming away from our big dreams of kinetic crystallization, from our olimpotic agenda and reducing ourselves to a consumptive effort just to reflect the mood of the times,” he said.

He consoled with every resident of Cross River who in the course of the recent arson and vandalism in the state suffered any form of loss in one way or the other.

Here is a timeline of Cross River’s funny sounding budget proposals since 2015:

Edo Begins ‘No Vaccination, No Entry’ Rule In Govt Offices