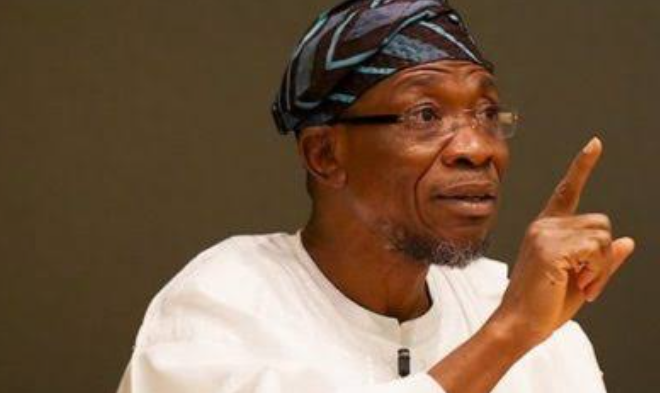 Former Commissioner for Finance in Osun State Dr Wale Bolorunduro, on Monday, accused the incumbent administration headed by Governor Gboyega Oyeyola of overflogging debt repayment in a bid to stain his former boss.

A statement by Bolorunduro in Osogbo, insisted that Aregbesola set the tone for the renewal of Osun’s infrastructures with projects, adding that not admitting the ex-governor’s contributions was a deliberate attempt to undermine him and to obliterate records.

Bolorunduro, who was reacting to the recently released audited accounts of the state, which showed an increase in the Internally Generated Revenue of the state to ₦19bn in the year 2020, added that the state government gave inaccurate figures as the amount of loan repayment to create an impression of huge indebtedness allegedly caused by Aregbsola administration.

The statement read in part, “Not attributing the increase in the annual Internally Generation Revenue (IGR) to the prior infrastructural developments, implemented by the revenues and debt financing of the state, under Aregbesola is a deliberate attempt to undermine Aregbesola and to obliterate his records.

“Therefore, ‘overflogging the debt repayment without reporting the increase in economic activities, the refunds from the federal government, realisation of the appreciated assets and activities brought about by those investments, is an attempt to stain Ogbeni and hang the burden of debt on his neck perpetually.

“The different figures on loan repayments prompted me to write emails to the current commissioner of finance, Mr Bola Oyebamiji, to check his figure on the loan repayment of N67bn by Oyetola in 33 months (up to July 2021).

“At least, I am covered by the Freedom of Information Act. Previous publication by the sympathisers of the government put the figure as at March 2021 at ₦55bn, and it seems the figure is just racing towards a predetermined end to probably, prove some ulterior motives.”

#EndSARS: We May Ease Curfew On Friday – Sanwo-Olu