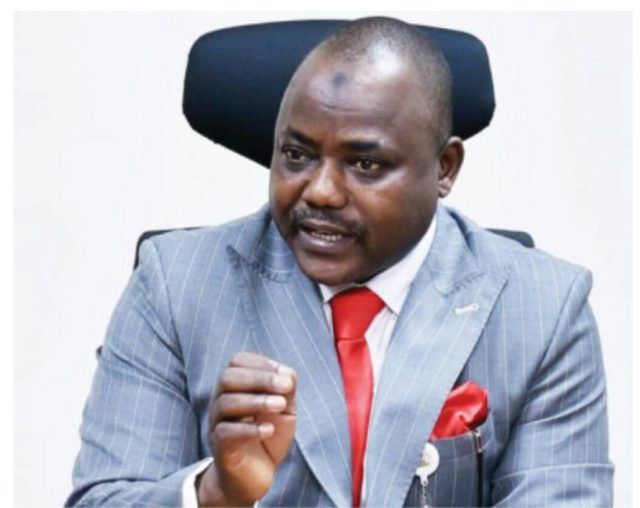 The Department of Petroleum Resources (DPR) says it has advised the federal government to reconsider withdrawing a $1.5 billion loan request sent to the World Bank.

In a statement on Friday, the agency said it has remitted $1.03 billion to the federal government with an additional $600 million underway from oil and gas royalties and legacy debts.

The DPR said some of the revenue generated and remitted by the agency would save the country from additional and conditional borrowing from the World Bank adding that it has enjoined the government to delay and possibly ignore the loan.

DPR collects oil and gas royalties, gas flare penalties imposed for gas flaring, concession rentals paid for the grant of oil and gas acreages by exploration and production companies, and miscellaneous oil revenue which consists of statutory application fees, license and permit fees and penalties on behalf of the federal government.

Speaking during an interactive session with the House of Representatives Committee on Petroleum (upstream) in Lagos on Thursday, Sarki Auwalu, DPR Director, said the agency has generated over N1 trillion this year at an average of N1.9 billion revenue per staff, adding that it hopes to generate N2.3 trillion in 2021.

Auwalu said there is a need to ease regulations to open up the sector for investment, considering the number of open acreages yet to be explored in frontier and inland basins and increased competition from neighbouring countries.

He said easing regulations and passing the petroleum industry bill will encourage investments that would the industry weather the challenges caused by the COVID19 pandemic, oil price crash and production cuts by the Organisation of Petroleum Exporting Countries (OPEC).

Nigeria has requested a $1.5 billion loan from the World Bank. However, approval for the loan has been delayed over concerns by the institution that Nigeria may not sustain the removal of fuel subsidy and devaluation of the naira. /Additional report by The Cable.

FACT CHECK: DStv Was Not Hacked By ‘Anonymous’

COVID19: Pastor Adeboye Says RCCG Churches Can Reopen, But ‘I And My Wife Will...

Businessman Drags Abba Kyari To Judicial Panel – Accuses Him Of...

UPDATED: Retail Giant, Shoprite To Pull Out Of Nigeria