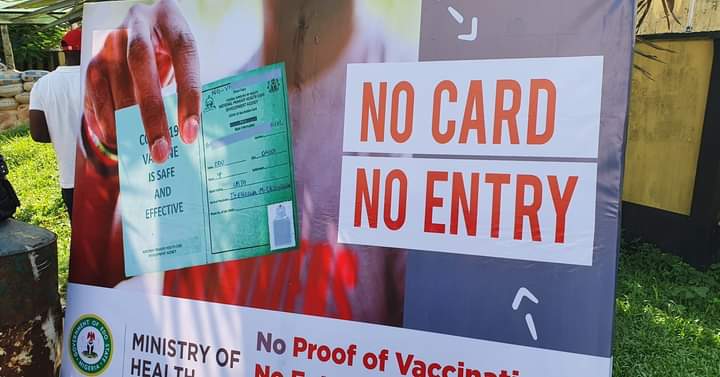 The Edo state government on Wednesday made good it’s threat and enforced the ‘no vaccination card, no access’ rule.

On Tuesday, the state government had said it will start restricting entry into government offices for unvaccinated civil servants.

According to the government, the move is the first phase of its enforcement of restriction on large public gatherings for persons without evidence of COVID19 vaccination.

Workers without vaccination cards were not allowed to enter the state secretariat and government house on Wednesday, as police constabularies were drafted to enforce the policy.