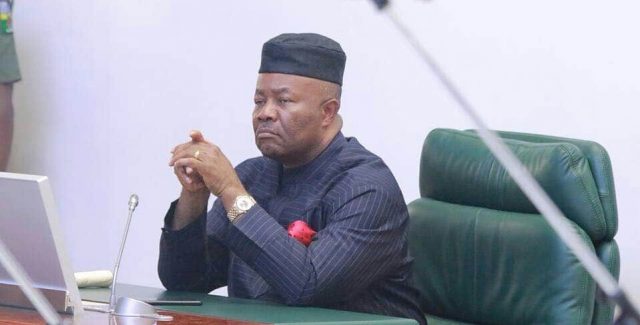 Do you know that in the last four years, the Niger Delta Development Commission (NDDC) paid out almost N200 billion to either non-existent or unknown non- governmental organisations (NGOs), or whose activities are shrouded in secrecy?

For example, in a day, 83 NGOs were paid for jobs nobody knows where they were carried out. Some of the documents we obtained show various sums of money split so that the NGOs could be paid in a day. Most of the figures are the same.

This is one of the issues tearing the interventionist agency apart which partly led to the probes at the National Assembly.

No, the probes are not necessarily bad, but the motive may be to cover up some of the financial entanglements that have stunted project delivery in the beleaguered Niger Delta region. At least, it could also be just to divert attention while the real culprits of the sleaze walk away.

Sources in the know about the issues at play told Politicos that since 2015, the NDDC’s budgets have consisted of 100% emergency projects which need not go through procurement process.

The modus operandi was just to give the legislative committee chairmen what they want in the budget, then all projects become “emergency.”

This was the practice in the agency – projects were awarded to the tune of N1 trillion in 2018 alone, when all the budgetary appropriation/income was half that figure.

But with this kind of awkward budgeting process only the people in the system benefited to the detriment of the Niger Delta region, as abandoned, sub-par and unexecuted projects littered the nine states.

However, this was until the new minister came on board. Godswill Akpabio also came around the same time that President Buhari ordered a forensic audit.

Akpabio meanwhile also saw the books of NDDC and wondered why so much money came to the agency and there was nothing to show for it.

At this time also, the 2019 budget of the commission was passed, chairmen of the two NDDC committees at the National Assembly simply “balkanized” the appropriation according to our source. They did this by infusing projects that were not just fictitious but also not realistic.

For instance, the management wondered why N30 billion earmarked for the construction of three mega hospitals in three Niger Delta states was reduced to N100 million each.

Meanwhile, the funds were taken to projects in their respective localities, majority of which was for training that were not done. Or supply of plastic chairs to schools in Delta State as the case may be. Some of the supplies were traced to the same company said to have supplied them.

Some civil society groups have asked why is it that since inception of NDDC there have not been any project worth a presidential commissioning?

Back and forth with IMC

This back and forth between the Interim Management Committee (IMC) and the National Assembly committees should be seen as between IMC and the chairmen, our source said. The budget of 2019 was frustrated and only approved on February 19 2020. The budget only had a life of a month and two weeks rather than the 12 months that is the practice. It expired on May 31, 2020.

“How can the budget perform?” Queried an NDDC insider. This was what led to the IMC using the funds to pay contractors owed in the last 12 years, up till 2019.

Politicos learnt that only verifiable projects where paid. As a result, this pitched the lawmakers against the IMC. “This didn’t go down well with the committee chairmen of both the Senate and the HOR. They didn’t just allow it slide,” our source revealed. They accused the IMC of spending the money on unapproved projects. An allegation that has not been substantially explained.

“Why haven’t they passed the budget? They requested for 2019 budget performance, a budget they didn’t allow to work by frustrating it and only passing it February 2020, same documents elapsed May 31st 2020,” revealed our source.

Thus, the back and forth about the 2020 budget is what you see playing out.

We understand that they want jobs earmarked for them but the IMC is not having any of that, insisting that it is not their responsibility to do so.

The Case Of 40 Billion

At the start of the probe, the IMC was accused of misapplication of funds. It was alleged that N40 billion was missing or misappropriated.

However, the Senator Olubunmi Adetunmbi report which was presented and adopted by the Senate on Thursday completely sidestepped the allegation. Although it was described as thorough, no mention was made of it in their report, rather the IMC was asked to refund about N4 billion part of which was the obnoxious sharing of N1.5 billion as palliative to cushion the effects of coronavirus.

Our investigations also revealed that apart from the COVID-19 windfall, there are other expenditures carried out by this IMC which requires questioning.

It appears, since the President ordered for a forensic audit all has not been well with the actors responsible for the underdevelopment of the Niger Delta region.

We learnt that there are many staff of the commission who are part of the cartel of contract scammers. They occupy high positions and in cahoots with those pretending to probe it.

Their sole aim is to ensure the forensic audit did not see the light of the day.

Therefore, the easiest way to achieve this is carry out a separate probe in order to obscure the real audit. The real and independent audit of the commission since its inception will expose many atrocities and the extent of involvement of many top persons.

This explains why the Senate in its report wants the agency to be returned to the presidency through the office of the Secretary to the Government of the Federation (SGF) who they know have a lot on his plate; as such won’t have time to supervise the agency effectively.

During the time it was supervised by the SGF all the interests within the NDDC pond had a field day.

“So the actors were okay with that, but with NDDC under the Ministry of Niger Delta Affairs at this time of forensic audit, it will not be business as usual.

“Part of the problems is also the determination to retructure the budgeting regime of NDDC. Those who are used to the old ways are simply not comfortable with it. And Akpabio being one who knows the workings in the National Assembly… being a former member decided that he’ll back this IMC to ensure that the budgeting system of the Commission changes,” another source in the know claimed.

The new thinking we learnt was that contrary to what was obtainable, some NASS leaders and their co-conspirators in and outside NDDC simply want the budget to be on line by line items – where money to be spent on every project will be spelt out during budget passage and not the blanket passage they introduced since 2015.

Secondly, the idea of emergency project has been used to destroy the commission, we learnt. Projects are not being procured, no design is done. All you see is just award letter for execution, yet these monies are paid without anything done on site.

In the case where you see something (project), it is mostly either abandoned or of very poor standard.

President Buhari in 2018 released N 19.7 billion for payment of historical debt owed contractors working on the East-West road project, in his bid to ensure that the road is completed. Unfortunately, the money was not released until recently.

Akpabio wrote the president reminding him that the fund he approved more than two years ago was yet to be released to the contractors by the Managing Director of the Sovereign Wealth Fund Uche Orji.

The President was furious, he wrote to Orji and the fund was paid weeks ago to the ministry for Niger Delta Affairs.

Hitherto, it is alleged that some people did not just want the money paid. They want it to be transferred to the agency rather so that it could be used to fund other non existent contacts.

All the persons we spoke to say they prefer the forensic audit to any other probe. They say while the tenure of the two IMCs should be probed which combined is less than one year, the better option was to allow for a general independent audit covering the agency since it was founded by former President Olusegun Obasanjo.

To make immediate corrections however, the budgeting template at the NDDC must change. It appears the committee chairmen in NASS do not want that. This may inform the reason for the efforts to discredit the minister and this IMC. /to be continued.

Researchers: Pineapple Could Help In Management Of Coronavirus

Inside The Global Quest To Trace The Origins Of COVID19—And Predict...