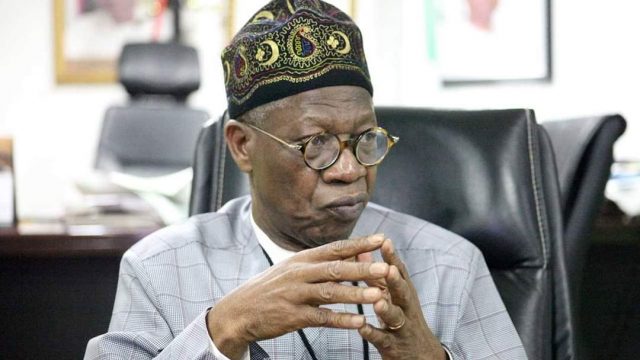 The Federal Government said it has lost 60 per cent of its revenues to COVID19 pandemic and it will not go back on withdrawal of fuel subsidy.

It also said it has spent N1.7 trillion on electricity tariffs shortfalls which it can no longer afford.

But the government said it will ensure that marketers do not exploit citizens through arbitrarily hike in pump prices.

Mohammed said: The government can no longer afford to subsidize petrol prices because of its many negative consequences. These include a return to the costly subsidy regime.

“With 60% less revenues today, we cannot afford the cost. The second danger is the potential return of fuel queues – which has, thankfully, become a thing of the past under this administration.

“The days in which Nigerians queue for hours and days just to buy petrol, often at very high prices, are gone for good. Of course, there is also no provision for fuel subsidy in the revised 2020 budget, because we just cannot afford it.

He said the Federal Government was “not unmindful of the pains associated with higher fuel prices at this time.

“That is why we will continue to seek ways to cushion the pains, especially for the most vulnerable Nigerians.

“The government is providing cheaper and more efficient fuel in form of auto gas. Also, Government, through the PPPRA, will ensure that marketers do not exploit citizens through arbitrarily hike in pump prices.

“And that is why the PPPRA announced the range of prices that must not be exceeded by marketers.”