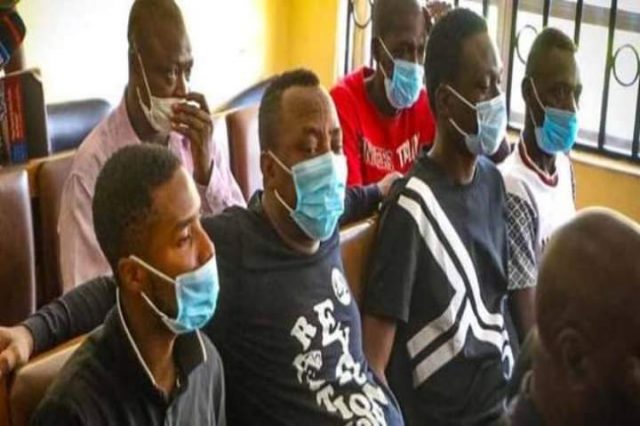 A Chief Magistrate Court in Abuja fixed 18th January, 2020 for ruling on the bail application filed by Omoyele Sowore and four others standing trial for alleged criminal conspiracy, unlawful assembly and public disturbance.

The Court also ordered the defendants to be remanded at the Force CIID facility in Area 10 following complaints by Mr Sowore that they were denied food and medical attention at the Kuje Correctional Centre.

The Sahareporters publisher and others were arrested on New 6?Year’s eve following a protest he called “uprising” and “revolution” against the government.

In response to the order, Sowore said: “We just ended a weird court bail proceeding, the regime is scared and doing everything to keep us detained and hurt, but these acts won’t delay our liberation as a people, rather it will hasten it! A magistrate just ruled that we should be remanded in @PoliceNG instead of bail. #RevolutionNow.”