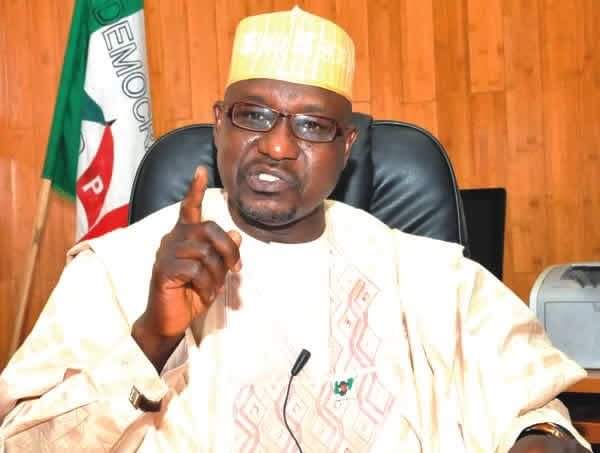 A man simply identified as Bernard Mikko who was friends with former Presidential Adviser Ahmed Gulak has given more insight into the gruesome murder or the Adamawa-born politician.

Mikko said they were in Owerri, the Imo State capital, for the constitution review sitting as consultants to the senate committee.

Gulak was a former speaker of Adamawa House of Assembly.

At the conclusion of the sitting, the duo left their hotel and headed for Sam Mbakwe airport, to catch a flight to Abuja, unaware of the danger that loomed ahead.

At Obiangwu junction in Ngor okpala Local Government Area of Imo state, their vehicle was intercepted by some gunmenm. Gulak was shot in the forehead and died on the spot.

Fresh facts that can help the Police in their investigations into the murder and unrest in the South East region has emerged following revelation that Gulak’s assailants also spoke Ogoni language that fateful day. This was revealed by Bernard who was seated with late Gulak at the back of the Toyota Camry car that was conveying them to the airport.

In his statement to the Police, he gave a blow-by- blow account of how the assailants struck. He also identified the assailants among the suspects that were killed the same day by the Police.

According to Mikko, “We booked a flight to go to Abuja. The aircraft was United Nigeria Airline, an 8.30am flight. We requested the hotel people to get us a taxi that would take us to the airport. We joined the taxi arranged by the hotel exactly five minutes to 6am.

“The driver asked if he could take an alternative route and we… When I said we, I meant myself and my late colleague. We asked him (driver) how long it would take to get to the airport, he said about 20 to 30 minutes since the road was virtually free .

“About 15 minutes later, we asked him if we were close to the airport, he said yes, that we had passed through Mbaise . About two minutes to the airport, we got to a place called obianu… obianuju or something,( Obiangwu ) at one sharp bend, we saw three vehicles; two men lying down, eight boys jumping up and down, one Lexus 360, one Toyota Camry and one other van.

“They were just jumping and came to our vehicle and asked the driver to come down, the driver obeyed. Before they took the key from the driver they checked the fuel gauge and said ‘oh.., there is fuel here’.

“They ordered the driver to lie down and asked why he was moving around when there was supposed to be a lockdown order by their people.

“They spoke in Ogoni dialect and I made a comment. I could speak the language. That’s probably what saved me. The next thing I heard was, ‘oh my God!’ The second one had shot Gulak in the forehead! At that time, I was traumatized. I thought I was already dead. I didn’t know what was happening again. The next thing they did was to drive away. That is all I can remember”.

Bernard further stated in his report to the Police that the gunmen whose bullet snuffed life out of Gulak, also attacked a truck loaded with onions.

Bernard, who was still dazed by the tragedy, stated that: “After the Police killed some of the suspects the same day, I identified the one that engaged me among them. I also recognized the burnt suspect as the one who shot at my friend, Gulak. Pictures of the suspects killed by Police which went viral on Youtube were the people “

The Police have accused the Eastern Security Network, ESN, which is the paramilitary organization of the IPOB of being responsible for the Gulak’s murder. This is also the perception of some Nigerians, as the murder happened on the eve of the sit-at home order given by leader of the group, Nnamdi Kanu, to mark the Biafra Day, to mourn those who were killed during the civil war.

Explaining Police encounter with the suspects, spokesman for the Imo State Police Command, SP Bala Elkana, said when the command received the distress call on the attack on Gulak, “Police Special Forces made up of Intelligence Response Team (IRT), Police Mobile Force (PMF) and Tactical Units from the command were deployed to the scene at Obiangwu Junction at Ngorokpala LGA of Imo state. The teams were given a clear instruction to identify and apprehend the perpetrators of the act with a view of bringing them to justice.

“Eyewitness account, especially the driver of the vehicle that was conveying Ahmed Gulak to the Airport before the attack, he gave a vivid description of the assailants and the vehicles they used in carrying out the attack. The assailants were said to have used a Toyota Camry 2005 model with silver color; Toyota Sienna 1998 Model with golden color; Toyota Hilux with white color; and a Lexus RX 330 with golden Color. (Registration numbers are withheld for security reasons).

“Having established the identities of the assailants and the description of the vehicles used in carrying out the attack, the teams further got details of the direction the hoodlums took. With further leads, the team was able to establish the location of suspects. The suspects were rounded up at Afor Enyiogugu junction in Aboh-Mbaise Local Government Area. The hoodlums were met distributing onions to locals from a trailer they confiscated. The trailer was loaded with onions from the Northern region of Nigeria.

“On sighting the Police, the hoodlums providing security coverage to those sharing the onions, had already taken positions waiting for the arrival of any of the security agencies. They opened fire on the Police teams. The Gallant and battle ready Police officers swiftly returned the fire. The six hoodlums who carried out the killing and four other members of their gang were fatally injured.

”Three out of the four vehicles used in attacking Gulak were recovered .Three AK 47 Rifles, one pistol, five AK 47 magazines with 92 rounds of live ammunition and criminal charms were recovered. The assailants were identified as members of the proscribed IPOB and ESN.

“The driver who drove late Ahmed Gulak and a co- victim who survived have identified the dead body of the IPOB/ESM members positively as their attackers and also identified the three vehicles recovered as those used by the attackers.

During the encounter, two of the police armored personnel carriers (APC) were riddled with bullets but survived the gun battle”

Ahmad Lawan As President Of The Ninth Senate: Setting The Right Tone From The...

FBI List: Get Rich Quick Cause Of Spike In Criminal Activities- BMO