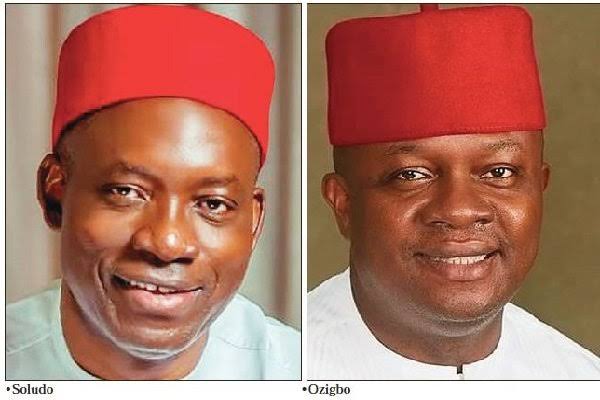 A Federal High Court in Awka has ordered the Independent National Electoral Commission (INEC) to publish the name of Valentine Ozigbo as candidate of the PDP for the November 6 Anambra state governorship election.

In another matter, a state High Court sitting in Awka, on Monday also affirmed former governor of the Central Bank of Nigeria (CBN) Prof Chukwuma Soludo, as the candidate of the All Progressive Grand Alliance (APGA) ahead of the November 6th governorship election in the state.

Justice C C Okaa, while delivering the judgement, said the Jude Okeke led factional exco of the party should stop parading itself as the leadership of the party.

On his part, Ozigbo had approached a federal capital territory (FCT) High Court in Maitama seeking an order restraining the PDP from “tampering” with his name as the authentic candidate.

He also sought an order “mandating” INEC to publish his name as the party’s candidate.

However, the court refused all the orders sought and ordered the electoral commission not to publish the name of any candidate for the PDP pending the determination of the motion on notice.

Consequently, INEC, excluded the candidate of the PDP from the list of cleared candidates for the poll.

But in a fresh order issued on Monday, Hyeladzira Nganjiwa, the judge in Awka, asked the electoral commission to publish Ozigbo’s name as PDP’s name as candidate, following the withdrawal of the suit at the FCT high court.

For APGA, the Anambra court reaffirmed Victor Oye as the national chairman of the party.

The factional candidate Chukwuma Umeoji had approached a Jigawa State High Court where he was returned as the candidate of the party.

Codes Of Life: How The DNA Powers Our Existence