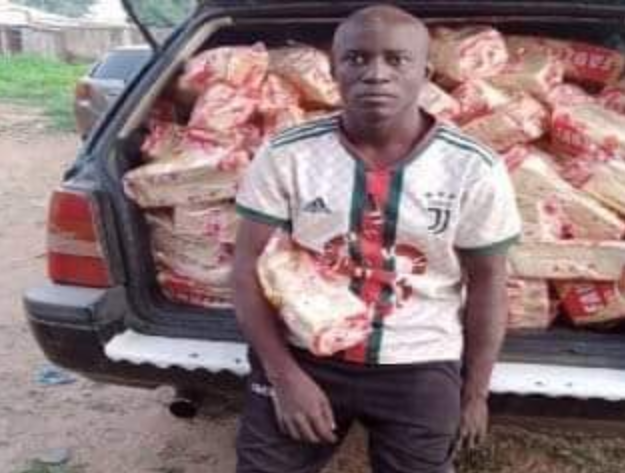 A baker, Hassan Magaji, has narrated how he made ₦70, 000 daily supplying bread to bandits operating in parts of Kaduna state who kidnapped students and other residents.

Hassan was arrested by operatives of the FIB Intelligence Response Team (FIB-IRT), for allegedly belonging to a syndicate that supplies drugs, bread and other food items to bandits.

The suspect admitted to making about ₦150, 000 weekly from supplying bread to the bandits, but said his income from the venture rose sharply at a point to ₦70, 000 a day while some university students abducted in Kaduna were in their custody.

The university students he referenced are those of the Greenfield University and the Federal Forestry School. Both sets of students suffered fatal casualties while the remaining have been freed after ransoms were paid.

The native of Galadimawa village who is married with two wives and three children, said;
“I started the bakery business in 2018. I started with about ₦21,000 and now about ₦400,000 a month. The boom in my business began when I started supplying bread to bandits. I normally stay close to the part of the forest where they are camped. It was during one of such movement in 2019 that I met Mohammed and three others, who told me that they would like to be buying in larger quantities.

“They started with ₦20,000 worth of bread and gradually increased it to ₦50,000 a day. After removing the cost of the ingredients, I make as much as ₦150,000 in a week. We had a meeting point close to their hideout in the forest, but I was not allowed to enter the bush.

“It was my workers that were arrested by the police while they were on their way to delivering bread, and they brought them to my factory. During that period (when university students in Kaduna were kidnapped), I supplied up to ₦70,000 worth of bread every day till recently when it dropped to about ₦50,000,”

Hassan, however, said there was not much he had done with the money other than marrying a woman he had always loved

“And I was able to save money to take care of my two wives,” he added.