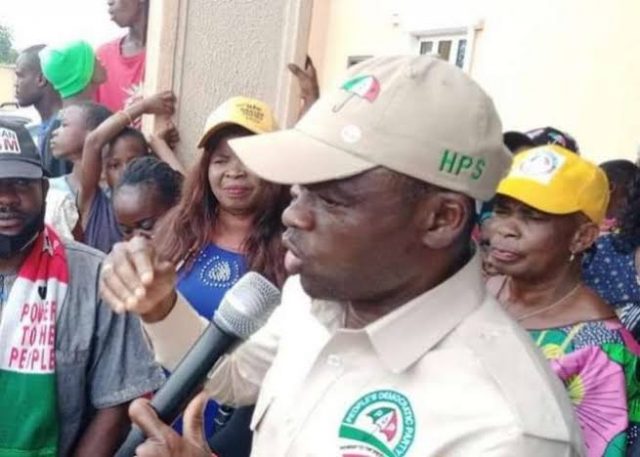 Edo State Deputy Governor Philip Shaibu on Sunday admitted that he was brutalised in a bid to end godfatherism and ensure that the then governor of the state, Adams Oshiomhole, successfully completed his two terms in office.

Shaibu disclosed this during his remarks at the reception for the outgone local government chairmen. He said he was always loyal to a worthy cause.

“People say I am loyal to Obaseki, but I will say I am loyal to a cause. I was brutalised and injured and had my knees replaced under Comrade Adams Oshiomhole’s administration because some godfathers wanted to derail our plans of making poverty history.

“We started the revolution of ending godfatherism in Edo under Oshiomhole and we all supported him because we believed that enough is enough and that Edo will not be placed in the hands of individual that will mortgage our collective heritage and wealth.

“Some of the outgone chairmen betrayed the course and their people by joining forces with the godfathers, but you were offered jeeps and millions and you refused to join them.”

Edo Begins ‘No Vaccination, No Entry’ Rule In Govt Offices

Assassination: Ortom Ran For One Kilometre Back To His Car, Aide Clarifies

They Are After Me Because Of 2023- Oshiomhole