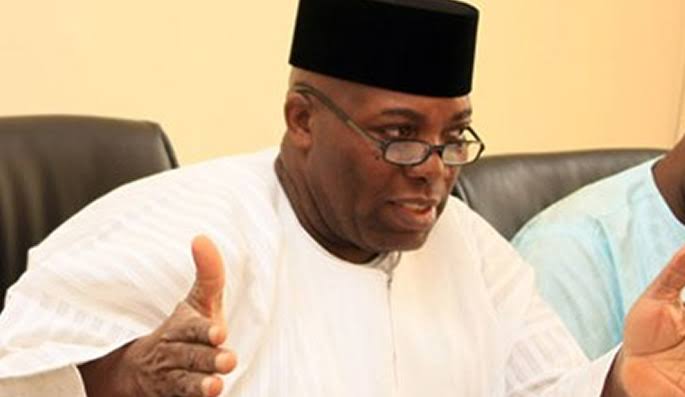 former media aide to ex-President Goodluck Jonathan, Doyin Okupe, has claimed that former military president, Ibrahim Babangida had him in mind when he described Nigeria’s next president.

Last week, Gen Babangida said Nigeria’s next president must be an individual who speaks to the citizens, understand economics, and have friends in every region.

He added that he had seen Nigerians who have these qualities, and they are in their sixties.

“I have started visualising a good Nigerian leader. That is, a person who travels across the country and has a friend virtually everywhere he travels to, and he knows at least one person that he can communicate with,” IBB had said.

“That is a person, who is very versed in economics and is also a good politician, who should be able to talk to Nigerians and so on. I have seen one, or two or three of such persons already in his sixties. I believe so if we can get him.”

Speaking on the matter on Friday, Dr Okupe said the former head of state “had me in mind” when he listed those qualities.

He claimed, “there’s no local government in this country that I’ve not visited five times,” adding that he is “the most fairly well-prepared person to be president”.

“I think IBB got it right; believe me sincerely. That person should be one person who can pick up his phone and call at least one person in every local government of the country. That means he must be somebody who has socially interacted across sections of Nigeria and understands the terrain,” the former presidential aide said.

“I’m in my sixties, and I believe by what IBB have actually said — I’ve not spoken to him — I have a feeling that he had me in mind. I must be one of the three persons he had in mind.

“Believe me, sincerely, there’s no local government in this country that I’ve not visited five times; there’s none. And I’m the most fairly well-prepared person to be president.”

Okupe is currently 69 years old and will be in his 70s when the general election comes around in 2023.