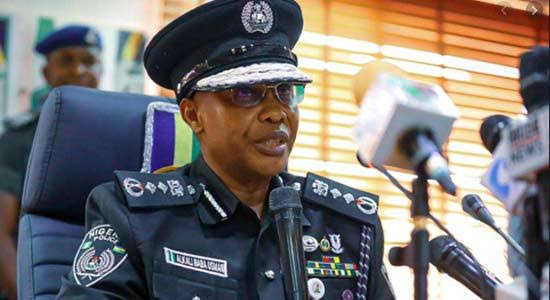 You are all welcome to this Conference which is the second strategic management meeting I will be convening following my assumption of Office as Inspector General of Police. Interactions of this nature are a vital component of my leadership vision. This is because it presents a unique opportunity for us to review existing and evolving security threats, evaluate our strategies, assess the progress made in our internal security operations, and undertake professional peer review in order to draw lessons that can enrich our leadership at strategic level.

i. The killing of the overall Operational Commander of IPOB/ESN in the South East, popularly known as ‘Ikonson Commander’ and his deputy during separate joint operations with the Army and DSS operatives. Six IPOB/ESN suspects were also neutralized while two (2) others were arrested and several arms and ammunition with assorted charms were recovered during the operation.
ii. Repelling of IPOB attacks on Zone 13 Headquarters, Ukpo Dunukofia, Awka, Anambra State and recovery of weapons.
iii. Foiling of IPOB attack on Adani Police Division in Ozuani LGA of Enugu State.
iv. Foiling of IPOB/ESN attack at Orlu Area Command/Divisional Headquarters in the course of which nine (9) IPOB/ESN fighters were killed while one (1) was arrested alive. During the operation, five (5) assault weapons, assorted charms and all their five (5) operational vehicles were recovered.
v. Foiling of IPOB/ESN attack on Ugbuodo Police Station, Ebonyi State on 22nd May, 2021 and killing of an IPOB/ESN fighter and recovery of firearms.
vi. Repelling of an IPOB/ESN attack on ‘B’ Division Police Headquarters, Awka in Anambra State on 23rd May, 2021 in the course of which one of the attackers was shot dead, one (1) AK47 rifle, nine (9) pump action rifles and the three operational vehicles of the attackers were recovered with several of them escaping with bullet wounds.
vii. Utilisation of intelligence leading to the arrest of two dismissed soldiers that were providing military training and tactics to IPOB/ESN fighters. They include Lance Corporals Godswill Igwe and Livinus Owalum Barnabas. They were recruited by IPOB/ESN and have been training the secessionists fighters in their Forest Training camps in Abia and Delta States prior to their arrest and destruction of their camps in a Police-led operation.
viii. Arrest of Christian Kalu, and IPOB/ESN commander who confessed to leading operations that involved the killing of eleven (11) Police, Airforce and Customs personnel in Port Harcourt.
ix. Arrest, based on intelligence, of one Prince Tobechi Ononiwu, a California (USA) based major sponsor of IPOB. He hails from Ehime Mbano LGA Imo State.
x. Arrest of forty-four (44) IPOB/ESN suspects with established links to the recent attacks on Police personnel and facilities as well as other security operatives and facilities in the South-East and South-South parts of the country.
xi. Also recovered in various anti-seperatist operations are one (1) General-Purpose Machine Gun (GPMG); Ten (10) AK-47 rifles; Four (4) Pump Action Rifles; Nine (9) other sophisticated locally fabricated Rifles; Four (4) locally fabricated pistols; Nineteen (19) AK-4 7 Magazines; Five hundred and forty-nine (549) 7.62mm live ammunition; and Ten (10) Improvised Explosive Devices (IEDs),

June 12: ‘I Am Not A Deserter’ – Abiola’s Letter To Gani Fawehinmi

Setting The Records Straight- Where Is The “Rescued” Notorious Kidnapper, Alhaji...