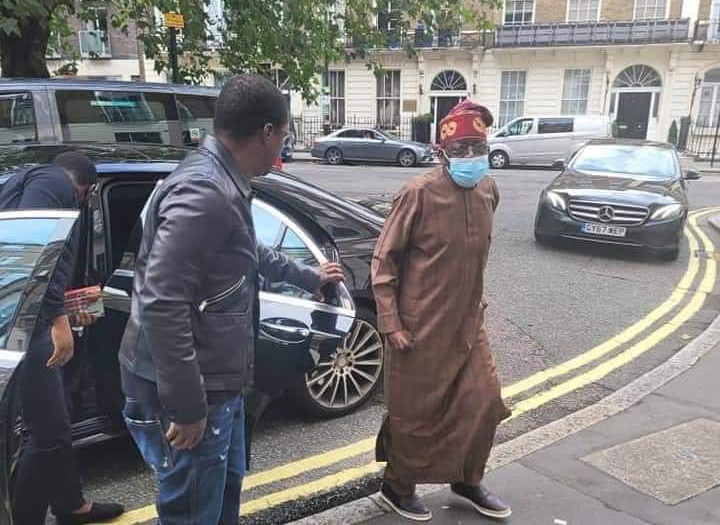 National leader of the All Progressives Congress (APC) Bola Tinubu has said he is healthy but only undergoing physiotherapy in London, United Kingdom.

Tinubu said this while addressing representatives of members of the House of Representatives northern caucus that visited him in London on Friday. The delegation was led by Deputy Speaker Idris Wase and Majority Leader Ado Doguwa.

The former governor, who has been in the United Kingdom for the last three months since undergoing knee surgery, however, said he was undergoing physiotherapy which he described as “gruesome”.

Addressing the gathering, Tinubu who was dressed in kaftan and a red cap said, “Because of God and people like you, I am well. It is just the physio (physiotherapy) that is gruesome.” Tinubu is rumoured to have his eyes on the 2023 presidential election.