The general atmosphere at the dawn of Independence in 1960 was aptly captured by the late Professor Chinua Achebe with a vintage prescience.

Writing on ‘The March to Independence’ in his controversial autobiography-THERE WAS A COUNTRY, he wrote:

“The general feeling in the air as Independence approached was extraordinary,like the building anticipation of the relief of torrential rains after a season of scorching hot Harmattan winds and bush fires. W were all looking forward to feeling the joy that India-the great jewel of the British Empire-must have felt in 1948, the joy that Ghana must have felt years later in 1957…..we had no doubt where we were going. We were going to inherit freedom-that was all that mattered. The possibilities for us were endless, at least so it seemed at the time. Nigeria was enveloped by certain assurance of an unbridled destiny, of an overwhelming excitement about life’s promise, unburdened by any knowledge of Providence’s intended destination…”.

59 years afterwards, the general atmosphere around town is one of disillusionment, disenchantment and despair. If political freedom was meant to usher us into prosperity, that has failed. Nigeria today is the poverty capital of the world. Achebe spoke of our “inheriting freedom”, but that too has failed. Irrespective of what successive governments think, most Nigerians today would rather be ‘slaves’ abroad, than ‘free’ at home. There is a strong feeling, especially among the generation that did not witness the war, that we have become ‘slaves’ in our backyard. And nothing vindicates this feeling more, than the resurgence in police brutality and stories of state sponsored oppression such as those of Omoyele Sowore.

No group of Nigerians bear the yoke of that delayed, if not stifled destiny more than my generation. I mean those born at the twilight of military rule and beyond. While Chinua Achebe described his generation as ‘lucky’, we do not have the good fortune. And continue to bear the weight of a mortgaged destiny. This, in recent times have conduced to a disturbing flight of many young Nigerians to Canada, Malaysia, Indonesia, South Africa and even neighbouring Ghana. Through and through, one word sums up the motives of these desperate journeys: survival.

Many Nigerian parents have been dealt the double-whammy of living through their old age without knowledge of where their sons and daughters are. I am told many, eventually die off without getting to speak with their wards who had travelled to Europe and elsewhere to “hustle”.

The story of Nigeria, 59 years after independence does not leave room for any celebration. And even Abuja knows. What used to be a day marked with pomp and pegeantry in the Federal Capital Territory and other state Capitals has become a mute affair arising from pervasive insecurity across the land and the base consciousness of government that the state of the nation does not call for any merriment.

Addressing the People of China in the celebration of 70 years of the Communist party earlier yesterday, Chinese President, Xi Jin Ping told the world in a fit of bragadocio that ” no power in the face of the earth can stop this nation” , obviously making allusion to her abundant prosperity and preeminence in the 21st century world order. Yet, at the time of Nigeria’s Independence in 1960, China was an unknown force grappling with the debilitating effect of a prolonged war with Japan. What happened? Leadership.

That is the lesson of now. The success stories of China, Singapore, Malaysia, Indonesia should challenge us to get our acts right. In 1960 while our Heroes past toasted to the lowering of the Union Jack, these countries were either under occupation, particularly Singapore, or ranked at par with Nigeria in terms of national wealth and prospects of economic growth. In one moment of clairvoyance, Achebe described our future as the world had thought, as one with a “certain assurance of an unbridled destiny, of an overwhelming excitement about life’s promise”. Apparently, he was speaking of the other nations.

Today therefore, is not a time to wallow in delusions of grandeur of some illusory progress. To be sure, a dispassionate study of the country shows that we have a lot of work today. At the recently held 2019 edition of ‘The Platform’, an annual ‘Idea Shop’ organised by the Covenant Christian Centre, former Governor of the Central Bank, Prof. Chukwuma Charles Soludo reeled out some disturbing numbers, enough to cost this nation some sleepless nights. ” In the next thirty years, our population will be in the region of 450 million with the current birth rate, while by the end of this Millenium, our population would near 800 million”, he said. With present GDP growth of a platry 1-2 percent, it is not open to dispute that we have a lot of work in our hands if we must guarantee the social security of the generation ahead of us and even those of today.

The place of leadership in all these cannot be gainsaid. And even those of followership too. Together, all hands must therefore be on deck to deliver the Nigeria of our collective aspiration. One where her current ‘delayed destiny’ would morph into abundant prosperity expected of a true Giant in the African spectrum.

The Federal Government has said that foreign Non-Governmental Organisations, banks, financial technology companies and Point of Sale terminal operators have 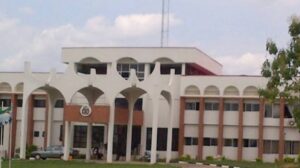 Osun Assembly Fights Back, Kicks Against Adeleke’s Renaming Of State

The Osun State House of Assembly has kicked against some pronouncements by the new governor of the state, Ademola Adeleke.