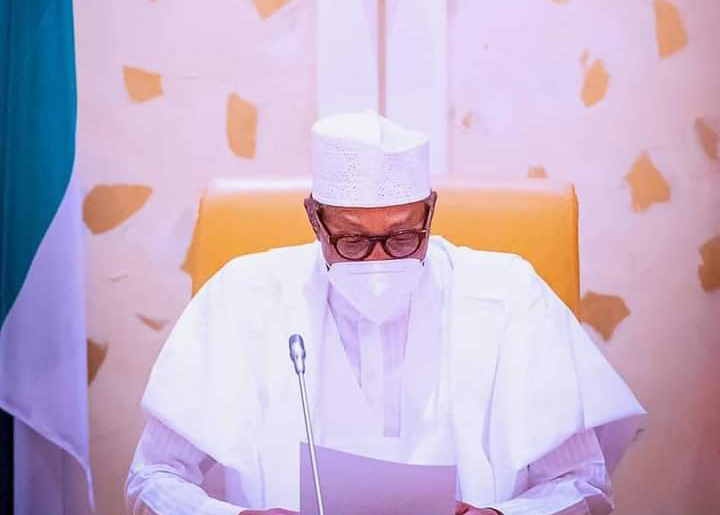 President Muhammadu Buhari has declared that insecurity is now “declining”, and it’s time for the media to “revise” its reporting on security challenges in the country.

He said this on Monday, in a message to mark this year’s Eid-ul-Maulud celebration.

According to a statement issued by presidential spokesperson, Garba Shehu, Buhari also said security agencies are “effectively” responding to the security challenges across the country.

“The President uses the occasion to give a snapshot of the increased activities the Armed Forces, Police Force, and intelligence agencies have embarked upon to effectively respond to the security challenges in the nation,” the statement reads.

“He says the government fully expects and intends for these trends to continue, and calls on the media to address the tone, content, and standards of reporting into security and safety measures. Time has come to revise the prefixes ‘rising insecurity’ with ‘declining insecurity’.

“The President adds that increased cooperation and collaboration from the citizenry, coupled with reinvigorated, dynamic, and energised police, security and military leadership is helping the administration score more victories against terror, criminality, and economic sabotage. The reality of declining insecurity should replace the inaccurate narrative of rising insecurity in the country.”

The president also called on citizens to commend and encourage security agencies in order to ensure lasting peace in the country.

“While there is work to do, the men and women in uniform who are helping the nation to achieve this goal, desire our collective appreciation and encouragement to do even more. The whole country and its mass communications systems have a duty in this regard,” he added.

While felicitating with Muslims “on the occasion of the Maulud-Un-Nabiyy, the birthday of the Holy Prophet Muhammad, Peace Be Upon Him,” he urged the Islamic faithful to embrace “forgiveness and closeness to the noble life and teachings of the Prophet (SAW), whose birthday is being marked on this blessed day”.

Buhari: ‘This Is Preparation For Advance To The Next Level’