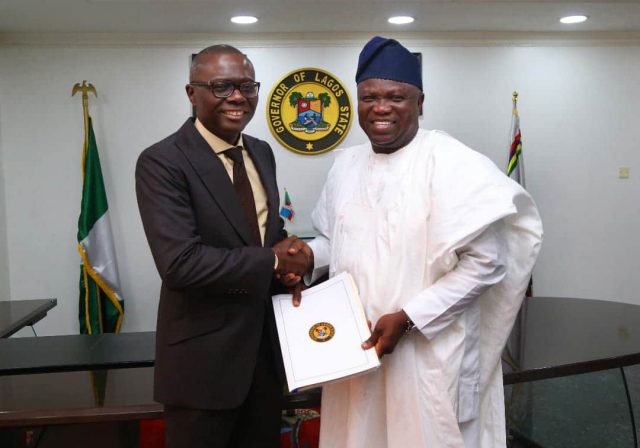 Lagos state government has cancelled 2018 land use charge and has reverted to pre-2018 charges, while upholding the 2018 method of valuation.

The government announced this at a press conference addressed by the state Commissioner for Finance, Dr. Rabiu Olowo at the Bagauda House, Alausa, Ikeja on Wednesday.

The government has also waived penalties for those who defaulted in payment of land use charge for the years 2017, 2018 and 2019, which according to the commissioner translates to a loss of revenue to the state amounting to N5.6 billion.

Olowo said the new Land Use Charge Law 2020 is a product of series of stakeholders meetings and is designed to accommodate the agitations of Lagosians and reduce the financial pressure on citizens as it relates to Land Use.

The new law reduces the penalties for defaulters from between 25 to 100 per cent to 10 to 50 per cent; there is also a 48 per cent reduction in the annual charge rates for different properties.

“Still on reductions, another major sector that had its charge reduced is Agricultural sector, which annual charge rate for Agricultural land was reduced from 0.076% to 0.01%. This is an 87% reduction from the old rate.”

The government further re-introduced the 15 per cent early payment discount which has been increased by a 10 per cent special COVID19 incentive making it 25 per cent when payment is paid before due date.

Unlike in the 2018 law pensioners now include retirees from private and public institutions in the state (or any person that has attained the age of sixty (60) years and has ceased to be actively engaged in any activity or business for remuneration) and their properties are exempted from paying land use charge.

Also “profit oriented cemeteries and burial grounds are no longer exempted from payment of Land Use Charge,” same thing goes for private libraries.

Olowo said, “We have completed the LUC Reform process and review of bills. Property owners should expect to receive their 2020 LUC bills shortly and we expect property owners to leverage on the 25% early payment discount.

“Furthermore, the LUC payment can now be made Online via https://Lagos.ebsrcm.com Payment can also be made using USSD Code to any of our designated banks with the appropriate code stated below:

It would be recalled that the land use charge was increased via a law under the administration of Akinwunmi Ambode and it generated a lot of heat among residents with widespread protest as resident rejected the outrageous increases.

When the Governor Babajide Sanwo-Olu administration took over the reins of governance, it promised to redress the situation and effect some reform which resulted in the latest development seen as a huge relief to property owners across the state.