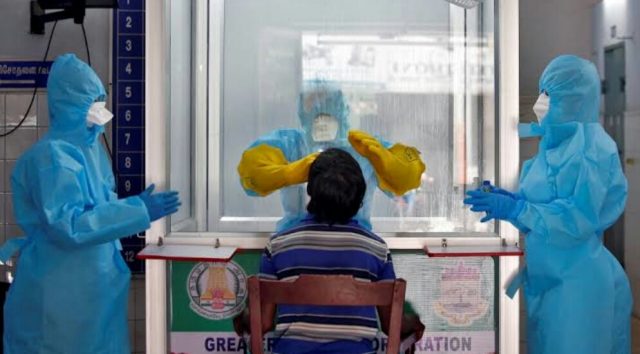 Lagos and Plateau states recorded no new case of the novel coronavirus on Monday, according to the country’s latest update on positive samples.

This is as the Nigeria Centre for Disease Control (NCDC) confirmed 120 new cases of the coronavirus disease in 12 states and the federal capital territory (FCT) on Monday.

The latest figure shows a relatively significant increase in new infections compared to the previous day — on Sunday, the country recorded its lowest daily count since April with 58 new cases confirmed.

According to the breakdown of new cases on Monday, Rivers alone accounted for more than half the total figure with 65 positive samples, followed by FCT wit 12, and Ogun with nine.

Although both states — Lagos and Plateau — which have been the epicentre of coronavirus infections in Nigeria at different intervals recorded no new positive sample on Monday, they still account for the most active cases in the country.

Out of Nigeria’s 7,401 active cases, Lagos currently tops the list with 4,197 patients, followed by Plateau with 749 infections.

A total of 183 people were discharged on Monday, increasing the total to 50,951, while no new death was recorded.

Meanwhile, Anambra which had discharged all its patients as of October 4, 2020, recorded seven new positive samples on Monday.

Kogi and Sokoto are the only states that currently have no active case of COVID19.

A total of 59,465 cases have now been confirmed across the country, out of which 1,113 deaths have been recorded.

COVID19: No Vaccination For Nigerians Under 18 Years – FG