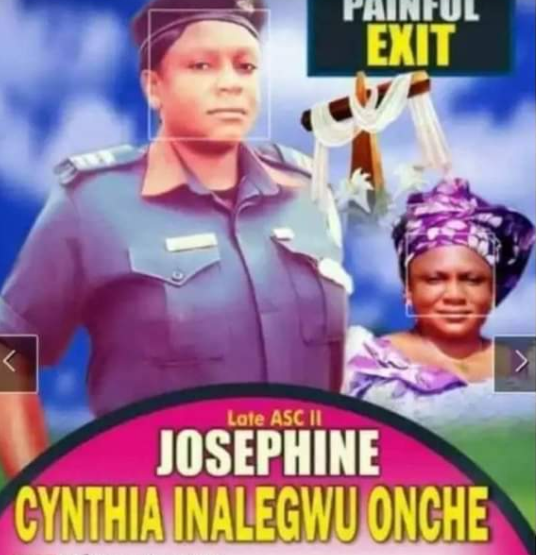 A female officer of Nigerian Security and Civil Defense Corps (NSCDC), Josephine Onche, who went missing in 2019 has now been found. But she is dead, her remains were buried in a shallow grave in Obi LGA of Benue State.

The NSCDC officer was declared missing by her family in Otukpo in December 2019, few days to her wedding. She was reported to have gone to the market to purchase things for the ceremony, when she disappeared.

The daughter of the former Mayor of Otukpo, Inalegwu Onche, was found buried allegedly for ritual purposes by her proposed husband.

According to the source, “An okada man who knew what happened to late Cynthia Onche went to her family members and broke the news to them.

He led them to arrest her proposed husband – and Igbo man who led the police to Ogun State where they arrested a native doctor, a Yoruba man, who performed the ritual at Obi Local Government Area before he later relocated to the South West. Both the proposed husband and the native doctor have confessed to committing the crime and are presently in police custody in Otukpo.