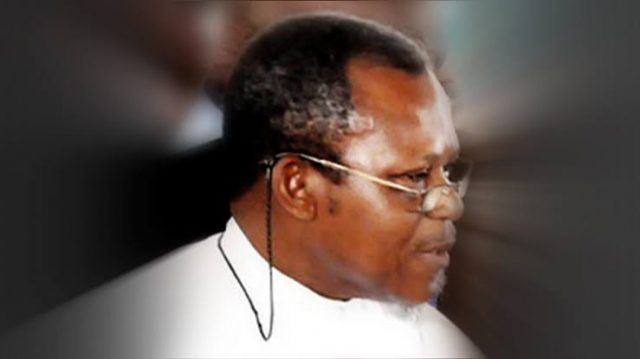 Former military governor of Lagos State Rear Admiral Ndubuisi Kanu (rtd) has died. He died after contracting the deadly Coronavirus after he travels to Abia State during the yuletide.

A family source confirmed this in a media report. He was said to have died on Wednesday morning.

“Good morning. I just received information about the death of Admiral Ndubuisi Kanu, probably early this morning. He was home during the Christmas season for the introduction ceremony of his daughter who was getting married to a man (both of them from abroad). Had mild cough then and his condition deteriorated suddenly. Had to quickly fly back to Lagos where COVID19 infection was diagnosed. He had been on intensive care with oxygen,” a media source disclosed.

The retired military general was an accomplished officer having had a successful tenure in the Nigerian Naval.

He was also a member of Special Committee on Review of the Report of the Political Bureau (1988) and Chairman of Special AFRC Committee on Creation of Local Governments. He retired in October 1990 and was a Maritime Consultant before his death.

In retirement, the first class graduate of Sandhurst Military Institute in UK, was running a successful shipping and maritime company called RAGNK Ltd, with head office in Victoria Island Lagos.

At one point, he was a Director of Fidelity Bank Plc, among other private sector institutions.

Kanu was a prominent pro-democracy activist. He was one of the leaders of National Democratic Coalition (NADECO) during the turbulent years of General Sani Abacha. He remained active with the group till his last days.

Ndubuisi Godwin Kanu was born in 1943. He was married with children. He bailed from Abia State.

‘Fed Govt Has No Plans To Re-Possess DisCos’ – Group