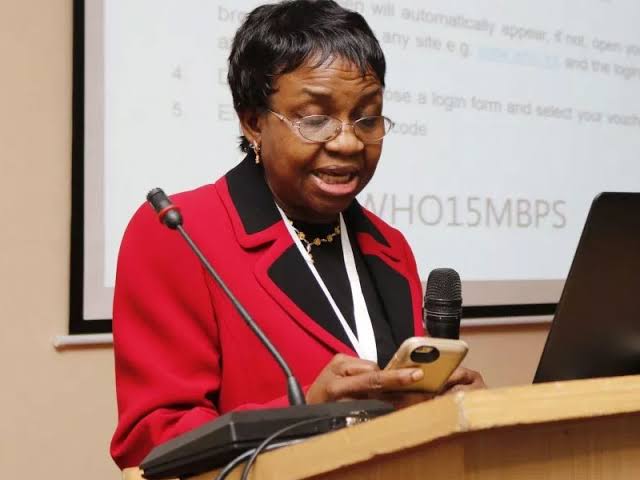 National Agency for Food, Drug Administration and Control (NAFDAC) stopped 31 containers carrying Tramadol worth N1.3 trillion from entering the country after intelligence was supplied to the agency.

Director General of agency Prof. Mojisola Adeyeye disclosed this on Saturday. She added that about 24 suspects were apprehended after the interception, which showed that the health regulatory system was being strengthened.

The DG spoke during an interview on television.

Adeyeye said, “We do a lot of seizures. We have an investigation and enforcement directorate. And in the last month, we have shown two episodes of what our enforcement does. Let me tell you about tramadol and how we tackle substandard drugs. About tramadol, we got information about a year ago that 31 containers of tramadol were heading for Nigeria and we did something about it. We apprehended 23 or 24 persons. The rest turned back.

“The street worth of what we seized is N1.3 trillion. But it was not just tramadol. We seized all sorts of unregulated products and burnt them. We do go to Sagamu (Ogun State) and that is where we do our destruction.

“About five weeks ago, we busted a house where they were making falsified medicines using pharmaceutical companies back. The problem is that we are reaping what we sowed when NAFDAC was not at the ports.”

Adeyeye added that the government was making efforts to encourage local pharmaceutical researches, particularly as the country battled the COVID19 pandemic.

“If a regulatory system is weak, the pharmaceutical industry will be weak. So, we are strengthening this as we speak. It is a compounded problem. I started with the personnel and then to the regulatory. The only thing the pharmaceutical companies do not import is water. The ingredients are not there and you cannot manufacture the ingredients – whether active or not active without support from the government,” she added.

CBN: We Will Seize Debtors’ Private Jets, As Dangote’s Refinery To Begin Operation 2021

I Was Born An Actor, Politician –Melaye