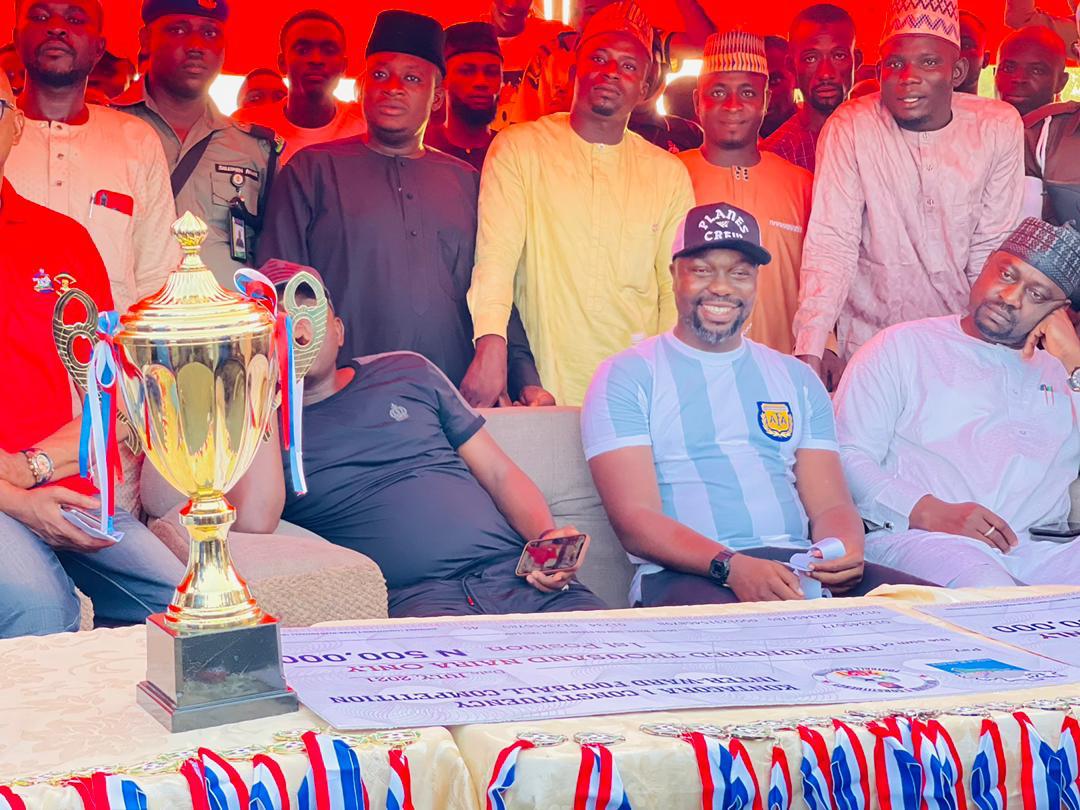 Member representing Kontagora constituency 1 in the Niger State House of Assembly, Phalal Bako has donated over ₦1million to youths in his community.

This was presented during the final of the inter-ward football competition he sponsored which was held on Thursday at the SANBEL stadium, Kontagora. Eight wards participated in the competition. In the final match, Arewa ward defeated Masuga ward with a goal to nil to win the competition. This earned them a winning prize of ₦500,000.

Masuga Ward came second and got ₦300,000, Kudu ward came third and went home with ₦200,000. Also, Nura Fire from Central Ward got a motorcycle as the highest goal scorer with four goals.

The donation, according to lawmaker is to foster peace and unity in the constituency through sports development at the grassroots, discover talents and empower the youths.

Meanwhile, speaking during the finale, Bako said the competition he instituted will keep young people in his constituency busy and also sharpen their skills.

Phalal who weeks ago set up a National Indentity Number enrollment centre to ease the process of NIN-SIM linkage charged participating youths to nurture their talent and stay away from trouble.

Attackers Holed Up In Jos Prison After Running Out Of Ammunition

If Not Infrastructure, Then What?