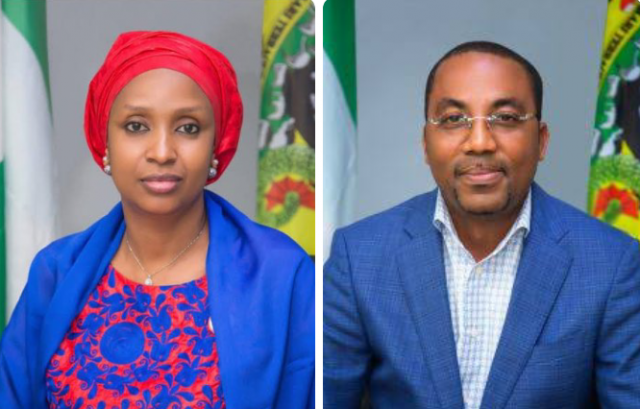 By Thursday evening when President Muhammadu Buhari asked now suspended Managing Director of the Nigeria Ports Authority (NPA) Hadiza Bala-Usman to “step aside” very little was known of the issues unravelling at the premier maritime company.

Presidential Spokesperson Garba Shehu was clear on what the directive of his boss was – an administrative panel of inquiry to investigate the “management”.

So far, all members of the panel were appointed by Minister of Transportation Chibuike Amaechi. The minister supervises the authority.

Curiously, only Bala-Usman, who had been having a cold battle with Amaechi, was asked to step aside. This effectively suggests that she, and not the management, is the target of the investigation.

In her place, an Amaechi “boy” was appointed MD. He is Kebbi state born Mohammed Bello-Koko. Bello-Koko was the Zenith Bank accounts officer to Rivers state government when Amaechi was governor. He had worked in the banking circles in Rivers for a long time rising to become deputy regional manager at Zenith.

In 2016, 52-year-old Bello-Koko was appointed executive director of NPA after he proceeded on a leave of absence from the bank in 2015.

The new MD was in charge of finance and admin under Bala-Usman. Under normal circumstances, he should be the primary target for the probe. After all, the allegations to be investigated fall directly under his department.

Also, two members on the administrative panel named so far are from the ministry superintended by Amaechi.

Incidentally, the chairman of the panel, who is the director of marine services, is on the NPA board too.

This has raised questions about the ultimate game plan.

Recall that the suspended MD worked with Amaechi at the presidential campaign office prior to the 2015 election. She went on to become Kaduna State Governor Nasir el-Rufai’s chief of staff, although she’s from Katsina.

The minister and el-Rufai are (or were) allies, but all seems not to be the same again due mainly to permutations towards 2023 election as Politicos previously reported.

Could the happenings at NPA have a link to why these allies have fallen apart or is it truly an accountability process? Other sources have opined that the suspended MD is “very arrogant” and operated independent of the minister. Or was the former director of finance and admin put there to spy on his boss for the minister’s pleasure?

With the way the authority has now been set up in Amaechi’s image plus the composition of the administrative panel, it is not difficult to predict the outcome of the ₦165.3 billion probe.