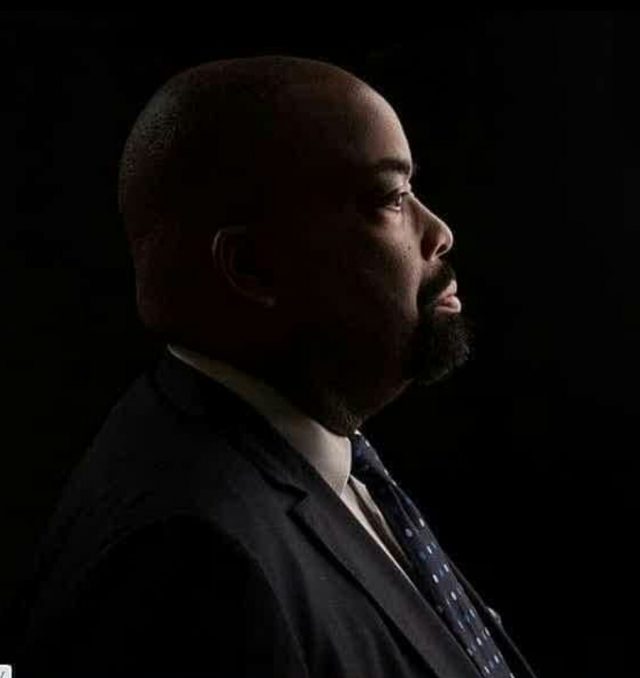 Against all odds, Olumide Akpata has emerged as the President-elect of the Nigeria Bar Association, defeating two Senior Advocates of Nigeria (SAN) – Deacon Dele Adesina and Dr. Babatunde Ajibade.

Given the issues that dogged the preparation for the election and the endorsement of Adesina as candidate of the South West geo-political zone by the Egbe Amofin (Lawyers Association in the South West), Akpata’s emergence is seen as a major upset; indeed, a rare courageous move.

For those who may not know, Akpata is a Partner in the Corporate and Commercial Practice Group of Templars, a Lagos-based Law firm and he is currently the Head of that Group.

He has over two decades of experience in advising clients on various aspects of Nigerian Corporate and Commercial Law. He has been recognised by International Financial Law Review (IFLR) 1000 as a leading Mergers & Acquisition lawyer in Nigeria and by Chambers and Partners “as having long experience in representing foreign clients” in his area of practice.

Akpata regularly advises local and international corporations on the impact of Nigerian Law on their investments and/or operations in Nigeria particularly regarding: the establishment of local subsidiaries, corporate governance and compliance, mergers, acquisitions and corporate restructuring, labour and immigration, regulatory issues and tax.

He is often called upon to speak at local and international conferences and seminars and currently sits on the Council of the Nigeria Bar Association Section on Business Law. He is also the Vice-Chair (West-Africa) of the International Bar Association’s Africa Regional Forum. He has advised on several key transactions, including the Nigerian Bureau of Public Enterprises’ restructuring of the Nigerian Electricity sector and the unbundling of the national power utility.

He has helped several local and international clients on regulatory compliance in relation to company law and practice in Nigeria. Akpata acts for several clients on a wide range of Immigration and Labour matters, including the setting up of private pension schemes, employment contracts and general immigration compliance.

In a message posted on his Twitter handle, @OlumideAkpata, who described himself as an “Edo-born, Lagos-based, Warri lawyer” wrote, “Yesterday, we made history and today, I want to thank each and everyone of you who supported me and who was part of this process. I also want to salute my entire team who worked tirelessly to make this a reality, sacrificing precious time to deliver our mandate.”

Already, congratulatory messages have begun to pour in for the new NBA President-elect.

One of the co-contestants, Ajibade, in a message posted on his Twitter handle @BAjibadeSAN, wrote “Although, we did not get the result not get the result we wanted, the experience has been rewarding and fulfilling. I have met and established lasting bonds of friendship with colleagues from different parts of our great country Nigeria who share my values and aspirations for a better, stronger NBA.

“I have called @OlumideAkpata and congratulated him on his election as the 30th President of our great association, the Nigerian Bar Association, in the elections held on 29th – 30th July 2020.

“It is unfortunate that the process leading up to and during the election itself have, once again, not been devoid of controversy. It is my fervent hope that we will get overcome these repeated challenges with conducting objectively free and fair election into the leadership positions in the association.

“I remain resolute in my belief that we cannot succeed in addressing the challenges confronting our profession unless we unite and I urge the incoming President and his executive to take deliberate and proactive steps to unite the Bar.”

A statement by Templars reads, “We congratulate our partner, Olumide Akpata who has been elected as the president of the Nigerian Bar Association (NBA).

“His landslide victory, which has been described as a generational shift, is significant for being the first time in over two decades that the president of the NBA is not from the rank of Senior Advocate of Nigeria (SAN).

“Akpata is recognised for advising local and international corporations, and as a leading lawyer by several global legal directories including IFLR 1000, Legal 500, Chambers Global and Who’s Who Legal.

“He is the erstwhile Chairman of the Nigerian Bar Association Section on Business Law and had served the NBA in various capacities.”

The new NBA president was born on October 7, 1972,  and had his early education in Warri, Delta  State. Thereafter he attended King’s  College, Lagos from where  he proceeded to study Law at the University of Benin (UNIBEN). He graduated from UNIBEN in 1992, and was called to the Nigerian Bar on 15 December 1993.

He did his  National  Youth Service Corps  (NYSC), in Kano State, and upon the completion of his service year, joined the ﬁrm of Dr. Mudiaga  Odje  & Co. in Warri, Delta State where he cut his teeth in legal practice under the tutelage of the late Dr. Odje, SAN, OFR, who was one of the most seasoned Litigators of his generation. It was under Dr. Odje he learned the rudiments of litigation and courtroom advocacy. He was later to relocate to Lagos where his practice has since blossomed.