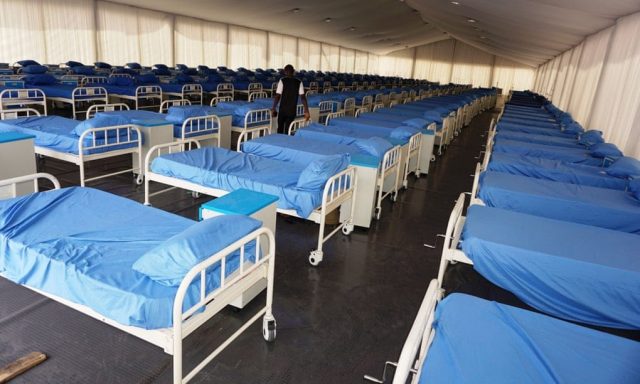 According to Tuesday’s data, it was a day of record figures. The COVID19 details published by the Nigeria Centre for Disease Control (NCDC) shows a major boost to the fight against the pandemic.

With 13,106 people now confirmed to have recovered in Lagos, a total of 31,851 positive patients have now been confirmed negative for the coronavirus across the country.

The COVID19 death toll crossed 900 on Tuesday with 14 new fatalities, four of which were the first for Taraba.

For more than three months since recording its first six COVID19 cases on April 27, Taraba had maintained a zero fatatility rate, and was the only state in Nigeria with no coronavirus-related death.

However, that changed on August 4 and with the latest development, all 36 states and the FCT have each confirmed at least two COVID19 deaths, with the current total at 910 fatalities.

With 304 new cases confirmed in 18 states and the federal capital territory (FCT) on Tuesday, a total of 44,433 COVID19 infections have now been recorded across the country.

However, the increased figure of recoveries means the number of active cases in Nigeria has dropped to a record low, moving from more than 22,000 on August 3 to 11,672 COVID-19 positive patients in all states except Kogi.

FCT also topped the list of new cases on Tuesday with 90 new cases, and currently has the highest number of active cases in Nigeria with 2,854 patients, followed by Lagos with 2,116.

NCDC: Over 3,000 COVID19 Recoveries On Wednesday – With 127 New Positive Samples