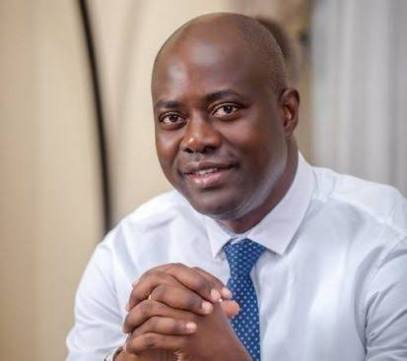 Governor Seyi Makinde of Oyo state has said that his cabinet will be inaugurated next week, following the commencement of the screening of the commissioner-nominees by the state House of Assembly
The governor spoke on Wednesday while playing host to officials of Nigeria British Chamber of Commerce who were in his Agodi office on a courtesy call.
The Governor was accompanied by the Secretary to the State Government, Mrs Olubanwo Adeosun, the Head of Service, Mrs Amidat Agboola, the Chief of Staff, Chief Bisi Ilaka, Deputy Chief of Staff, Mr Abdulmojeed Mogbajubola, Chief Press Secretary, Mr Taiwo Adisa and Special Adviser (Media), Mr Jide Ajani among others.
While welcoming the guests, Governor Makinde assured that Oyo state is open for business adding that himself and some of the recently appointed top government functionaries have indept private sector knowledge which would be used to deliver the goodies of governance to the people in running the affairs of the state.
He said “Oyo state is opened for business. I came from the private sector and our first female Secretary to the State Government (SSG) also wrapped up her career in Shell just to come and serve the state. So, we have a clear understanding of what trade and investment is all about.
“The mentality for us is that, this is a public sector space but we want to drive it with a private sector mentality. Yes, it is just our two months here but we have learnt a lot. We know that we have able to deliver at the speed of trust just the way we are able to build the trust between the government and the workers and then between the government and the people of the state.
“We have had interactions with the Ibadan Chamber of Commerce as well and we are also looking at opening up opportunities and those ones we can also tap into.
“You mentioned trade mission. Well, I actually will be looking forward to taking the advantage of mutually beneficially business relationship that the Chamber can foster, especially with the state and the chambers of Commerce.”
Reacting to a commendations from one of the visitors on the appointment of females into his cabinet, Makinde “we are working hard to put the cabinet in place and I am sure that hopefully the state house of Assembly should complete their screening process for the commissioner-nominees and I am sure that by next when the cabinet is put in place, the appropriate individual will carry this forward.
“I will like to briefly add that the ladies that you have seen here (the SSG and HoS), they didn’t get to those positions because they are females but because they are well qualified and they actually have showed that they are worth the salt among the CVs that we considered.
“So I always use them to actually let our parents know that when you send our daughters to school, the glass ceiling is been broken and I won’t be surprise that Oyo state may provide the first female governor in Nigeria.”
Speaking earlier, the leader of the delegation, Mr Kayode Falowo said the team was in the state to introduce the chamber to the Governor and the state government as a way of building bilateral business relationships and opportunities.
He noted that the chamber with its over 30 corporate members promotes trade and investment between Nigeria and the United Kingdom adding that it also deliberately create trade opportunities and embarks on trade mission for individuals organisations and partners.
Meanwhile, the state House of Assembly begins screening of the 14 members commissioners-nominees submitted to it by the state governor today.