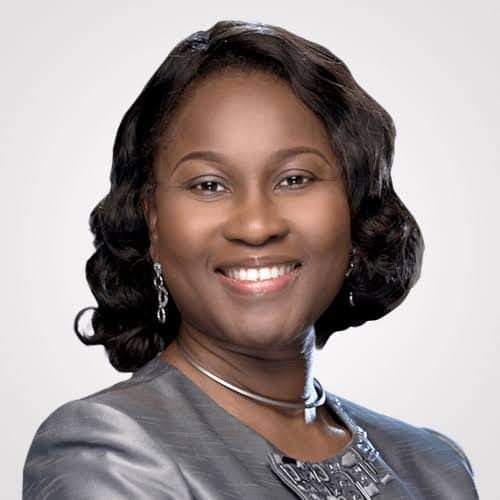 First City Monument Bank (FCMB) has named a new managing Director in acting capacity. This follows the stepping aside of the embattled Adam Nuru who says he has proceeded on leave.

The new chief executive of the bank is incidentally a lady – Yemisi Edun.

Edun until her appointment on Wednesday was the bank’s chief financial officer.

She began her career with Akintola Williams Deloitte (member firm of Deloitte Touché Tohmatsu) in 1987, with main focus in Corporate Finance activities. She was also involved in audit of Banks and Other Financial Institutions.

She joined FCMB in year 2000 as Divisional Head of Internal Audit and Control before assuming the role of Chief Financial Officer of the Bank and now as CEO.

Her elevation became necessary following the ruckus generated by a paternity scandal involving Nuru now on leave and a former staff of the bank Mrs Moyo Thomas. Reports say Nuru may have had an affair with his staff whose husband died in December.

Friends of Tunde Thomas who is now late believe that the trauma from knowing that the kids he thought were his, may not be after all could have contributed to his death.