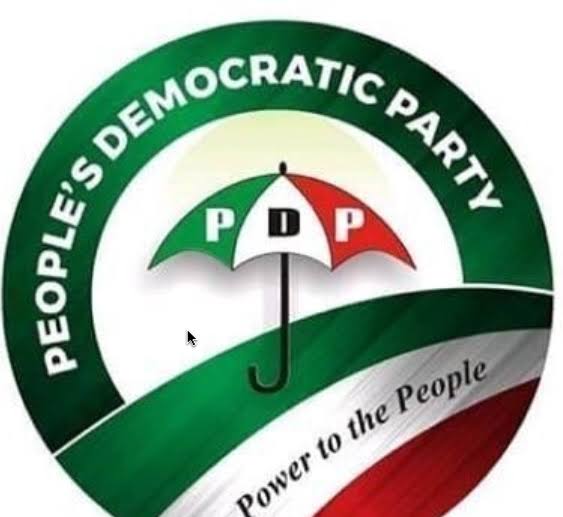 Towards its October 31 national elective convention, the Peoples Democratic Party (PDP) has generated a total sum of ₦63 million from the sale of nomination forms to aspirants vying for various offices.

The convention, billed to hold at the Eagles Square, Abuja, has 33 aspirants contesting for various leadership positions in the main opposition party.

It would be recalled that the party fixed ₦5 million for the national chairmanship forms while those vying for the deputy national chairman and national secretary were expected to pay the sum of ₦3 million each.

Fee for other substantive offices was pegged at ₦2 million each, nomination forms into national deputy offices were slated for ₦750, 000 each.

A stiff contest is expected for the post of deputy national chairman (South) where Taofeek Arapaja, Olagunsoye Oyinlola and Wale Oladipo all picked and submitted forms to test their popularity at the convention.

While Oyo state governor is appears to be supporting Arapaja; Oladipo, a former PDP national secretary is being backed by Senator Ademola Adeleke and a good number of PDP stakeholders from Osun state to coast home to victory. Oyinlola on the other hand, is heading to the convention on his own, having seen earlier support from Makinde swayed in the direction of Arapaja. Oyinlola and Oladipo both hail from Osun state while Arapaja is from Oyo.

For the position of deputy national chairman (North), former Minister of Women Affairs and a one-time PDP national woman leader, Maryam Ina Ciroma is up against Umar Damagum. Hajia Ciroma hails from Borno state while Damagum is from neighboring Yobe state.

Anambra state which had the national auditor’s office micro-zoned to it failed to settle for a consensus candidate as the trio of Okechukwu Daniel, Ikechukwu Nwosu and Chibuogwu Benson-Oraelosi will test their popularity among party delegates at the convention ground.

It is the same for Cross River state where renowned academic, Professor Stella Effa-Attoe is vying for the position of national woman leader against Divine Arong.

Meanwhile, chairman of the PDP screening committee and former Attorney General of the Federation, Mohammed Bello Adoke has assured all aspirants into the various offices of fairness in the conduct of the exercise.

In a chat shortly before the commencement of the exercise, Adoke promised to make the most of the assignment in the overall interest of Nigerians.

He said: “As you are well aware, the screening committee is charged with the responsibility of screening aspirants for national officers of the party for the national convention of our party. This assignment is crucial to the success of our party, as it signals the beginning of the process of electing credible Nigerians to steer the affairs of our party.

“I dare say that Nigerians have been waiting for a moment like this where committed democrats with proven record of service to the party and country will emerge and be elected to usher in a new lease of life in our party politics.

“Nigerians have been yearning for the kind of political leadership and governance that our party has overtime provided for the country. The screening process for the election of the national officers of our party marks the beginning of our collective efforts to once more, bestow credible and effective leadership for the country at all levels. We cannot afford to fail!

“We are conscious of the expectation of members of our party especially the aspirants to the various elective positions for a free, fair credible and transparent process. We therefore assure you that we shall not only be guided by these ideals in the discharge of our duty, but also, be meticulous in the observance of our party guidelines, the constitution of our great party and the constitution of the Federal Republic of Nigeria.”

Things You Didn’t Know About Veteran Journalist Wada Maida Who Died At...