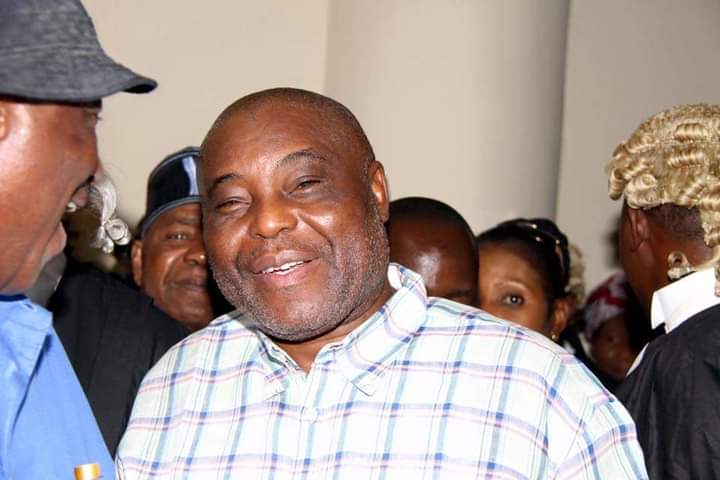 Former chairman of Daar Communications, Raymond Dokpesi, has said that no candidate from the south will be able to win the 2023 presidential election.

Dokpesi, a Peoples Democratic Party (PDP) chieftain, also said if his party, decides to zone the presidency to the south, it will be fair for the ticket to be given to the south-east.

The politician said whoever emerges president needs to compensate the people of the south-east, “if we want a new Nigeria”.

“The south-east cannot win the election for PDP, that is just the truth of the matter,” he said.

“If we are the Nigerians, I want us to be, if we believe in the unity of Nigeria and we also believe in equity, justice, and fairness, there is no reason we should not give it to the south-east if the slot is given to the south.

“However, is there equity, justice, and fairness in Nigeria’s politics? The answer is NO! So, don’t let us over flog the matter.

“I think that whoever emerges as the president of Nigeria would have to compensate the people of the south-east if truly, we want the emergence of the new Nigeria.”

Dokpesi said he is not interested in being the national chairman of the PDP, adding that there are capable people who could lead the party.

“I want to say emphatically that I am not interested in the chairmanship of the PDP,” he said.

“I am just regaining my sanity from the mental torture and the pain I went through in the hands of the APC-led federal government and I think that there must be a time to prepare properly and get yourself ready for the challenges ahead.

“So, for those reasons, I am not interested in the chairmanship of the party. But there are quite a lot of capable hands who can provide that leadership.

“I believe for a change that the leadership of the party should move to the south-west.”

Buhari May Not Support ‘Aspirant’ For President – Femi Adesina