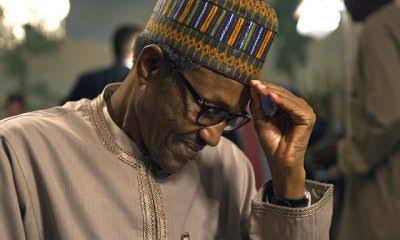 The Peoples Democratic Party has asked for the speedy prosecution of officials of the President Muhammadu Buhari administration indicted for alleged corruption to be punished.

It said the declaration by President Buhari that some officials of his regime have been found wanting on the issue of corruption vindicated the party on its principled opposition to the “ongoing looting and re-looting of our common patrimony.”

This was contained in a statement titled: “PDP To Buhari: Prosecute Corrupt Persons In Your Government…Says President’s Assertion Vindicates Its Stance,” signed by the PDP National Publicity Secretary, Kola Ologbondiyan, in Abuja, on Saturday.

Ologbondiyan said the current delay in prosecuting “the suspended acting Chairman of the Economic and Financial Crimes Commission, Ibrahim Magu, as well as indicted officials of the Niger Delta Development Commission “and other agencies, does not convey any sense of commitment by the administration to fight against corruption.

He said the PDP welcomed the president’s declaration admitting corruption within his regime but urged him to match his words with action by immediately charging those already indicted to court.

The statement read in part, “The PDP notes that Mr. President’s acceptance that there was an abuse of trust by persons in his government had vindicated its position that the Buhari administration is replete with treasury looters, who had been enjoying the cover of government.

“The party, however, asserts that unless the President matches his assertion with the corresponding action against officials of his government as well as leaders of the All Progressives Congress who are indicted for corruption, his declaration will still end up as one of the glib promises made by the APC and Buhari Presidency since 2015.

“It is public knowledge that the APC administration had provided cover for loads of corrupt individuals in its fold as none of the government officials and APC leaders, who have been openly indicted for corruption, abuse of office and treasury looting, have been held culpable and prosecuted.”

According to the PDP, it was important for the regime to start prosecution of such persons instead of the “constant harassment, intimidation, hounding and persecution of opposition leaders and other Nigerians with dissenting views, with trumped-up charges.”

The opposition party asked the President to borrow a leaf from the PDP whose administration “not only set up anti-craft agencies but also ensured the prosecution and punishment of those found to have abused public trust”.

Buhari had on Friday in Abuja reacted for the first time on the allegations of corruption leveled against the leaderships of some Federal Government Agencies and Commissions.

These commissions include the Economic and Financial Crimes Commission and the Niger Delta Development Commission.

When asked how he felt about recent revelations coming out from the EFCC and the NDDC, Buhari said, “There has been abuse of trust by people trusted by previous administration and this administration.”