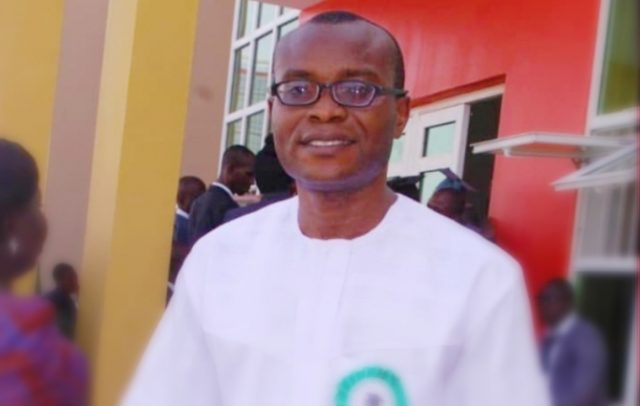 President Muhammadu Buhari, the Fulani man that some people have been brainwashed to hate has in five years, spent more money on infrastructure in the south west with visible results than the PDP did in 16 years. The rail project from Lagos to Ibadan is one example. There is the 90-hectare 20,000 tonnes capacity Ibadan dry port that will be serviced by the rail line which in the Lagos axis, extends from Ebute Meta to Apapa port. This will help ease traffic into Apapa and remove the permanently parked articulated vehicles stretching many kilometres on roads and bridges.

Note that Apapa which is home to Apapa port, Tin Can port, Ro-Ro port and several maritime and petroleum infrastructure almost became a ghost town, as many residents moved out due to the deplorable state of the roads. Apart from the railway, the reconstruction of inner Apapa roads and Apapa -Oshodi expressway left to rot during PDP’s 16 years is almost 90% complete.

Worthy of mention is the 127.6- Kilometer Lagos-Ibadan expressway, the busiest road in Nigeria. The PMB government is to spend N311billion on the construction and rehabilitation of the road through the Presidential Infrastructure Development Fund (PIDF), funded from the Sovereign Wealth Fund.

The Minister of Works and Housing, Babatunde Fashola underscored government’s commitment when he said in November 2020 that the government will complete the road project by the end of 2021, even if oil price drops to zero.

PMB, the Fulani man has also in five years, spent more money on infrastructure in the South East than the PDP did in 16years. The second Niger bridge and Enugu Portharcourt road reconstruction are few project examples.

According to the Minister for Works and Housing, the PMB federal government will spend N414 billion on the second Niger bridge. He said that the bridge alone would cost N206 billion, while ancillary roads linking the bridge would cost about N208 billion.

Speaking during a town hall meeting with stakeholders and host communities of Second Niger Bridge on Friday, November 20, 2020; the minister said that the project is on course to be completed in 2022.

In the south south, PMB has spent heavily on infrastructure courtesy Bodo-Bonny road which was conceived by Yakubu Gowon administration in 1970, that is about 50years ago, to connect oil rich Bonny Island to the mainland in Rivers state.

The road is 39 km long with two mini bridges, two creek bridges and a major river bridge of about 750 m length over the Opobo Channel. The government has also been spending money on uncompleted sections of the East West road, a project PDP started in 2006 but could not complete by 2015 when they lost power at the center.

Though much progress has not been made on Calabar-Itu road, PMB has refunded south south states over N150billion for roads constructed before PMB became president. Governor Wike is a testimony to that. He recently confirmed receiving N78.9billion from the FG in refunds. No wonder it was easy for him to give Sokoto state N500 million to cushion the impact of the recently burnt market in Sokoto on victims. A good brotherly gesture. Akwa Ibom state works commissioner was reported to have said that Akwa Ibom only received N20 billion in refunds from PMB, not the N78 billion making the rounds. I dont know if they have gotten more money since then.

Recall that in June 2020, Lai Mohammed in a press conference confirmed that the federal government paid 31states over 500billion for federal roads they constructed before PMB became president. In simple language, PMB’s government technically executed those projects.

This was after the inter-ministerial committee set up by PMB had earlier verified and recommended that the federal government should refund N550,364,297.31 billion to 31 of the 36 states.

This brought the total refunds approved by PMB’s government after verification to about N718 billion and thats with a stroke of the pen.

Those are the facts and they are publicly available. I didn’t get them privately from the minister of information.

Another PMB’s intervention to states some propagandists want everyone to forget quickly is the Paris Club refunds.

The Paris refunds were “long-standing claims by states governments relating to over-deductions from Federation Accounts for external debt service arising between 1995 and 2002”, according to the then Finance Minister, Kemi Adeosun.

According to the present Minister of Finance, Zainab Ahmed; PMB has refunded states $5.4billion as settlement of the Paris Club Refund. When converted based on N305 per dollar (2019) official exchange rate of the Central Bank of Nigeria, it is about N1.65trillion.

These are facts about debts owed to states by the federal government which PMB inherited and has paid off. The Paris Club debt has been there for 14 years between 2002 and 2016 yet those who some claim were better managers of the country could not pay it at a time of oil windfall and huge inflow of revenue.

Clearly, PMB has done far more with less, than he is being given credit for but posterity will be kind to him.

Nigeria’s Unity And All The Iberiberism

Exclusive: 10 Things You Did Not Know About Alleged Taraba Kidnapper, Wadume