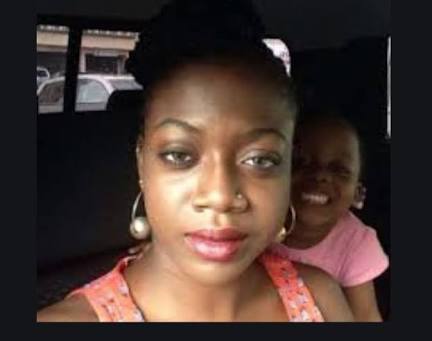 Adeola was popularly known as Phoenix.

Fibromyalgia is a disorder characterised by widespread musculoskeletal pain. It is accompanied by fatigue, sleep, memory and mood issues.

It is believed that the media personality, who had worked with Rhythm 93.7 FM, breathed her last in Lagos on Friday.

Media personality Emma Ugolee who himself has suffered health challenges took to his Instagram page on Sunday to break the sad news in a lengthy tribute.

The late couple had a daughter.

“Dear 2020, please, I am officially tired and begging you to stop. The strength to cope lost its last grip. She was special to me in every conceivable way. Did you have to take her too?,” Ugolee wrote.

“I had penned the longest tribute 4yrs ago to her late husband, Nomolos, who died with the pain that he didn’t get enough support from loved ones for himself and OJB whose case he championed.

“To think that too was her dissatisfaction as she cried for help to survive her ailment to deaf ears who are going to post her pics now. I hurt every time my token was accompanied by apologies.

“She was in so much physical pain, I used to be scared to call her coz her tears would break me. How do we say to little Morayo that mummy has joined daddy too?

“How do we stop this little angel from viewing the world from the most bitter of lenses? Dear Phoenix. You gave me hope every time you said we would be fine.

“Every time you agreed that you would not give up. We were waiting for COVID to let you come to the US for better treatment. Please rest.

“It was unbearable. No more pretending to your daughter that all was well. No more begging for money to take injections. No more worry about the next day. No more humiliation. Rest my dear,” he concluded.

Tributes have since poured in.