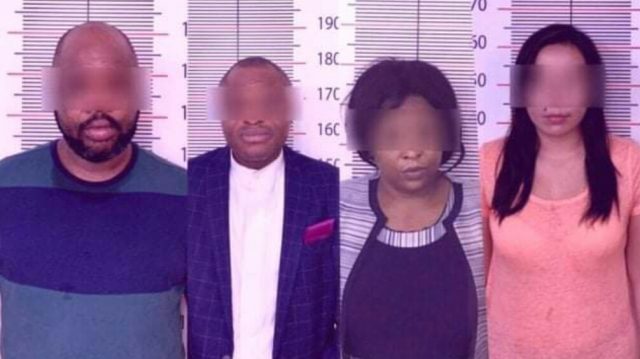 According to reports from the Asian country they were arrested by the Phnom Penh Municipal Court for fraud and money laundering after the Department of Technology Crimes unit of the National Police led an investigation.

They are charged with “fraud and money laundering” and their case will be sent to the Phnom Penh Municipal Court for legal action.

The suspects swindled money through social media, persuading locals and foreigners to send money to Cambodia through remittance agencies and some banks.

After withdrawing the money, “the suspects sent the money to various factions with the leader and the organization, receiving dividends according to their respective roles, and then the ringleader set up a fund to receive the money of the crime to buy real estate and open businesses to convert the money into legal financing and then continue to send the money back to their country,” parts of the charge read.

The four defendants have been remanded in custody by an investigating judge and taken to a police agency of the Department of Technology Crimes against the First Amendment (M1).

Lt. Gen. Chea Pov, Director of the Department stated that he “would like to remind the people to be very careful of scammers, if this happens, please file a complaint with the Department of Technology Crimes.” The amount involved has not been stated. /With agency report.

First ‘Slow Lanes’ For Pedestrians Glued To Their Phones Open In...