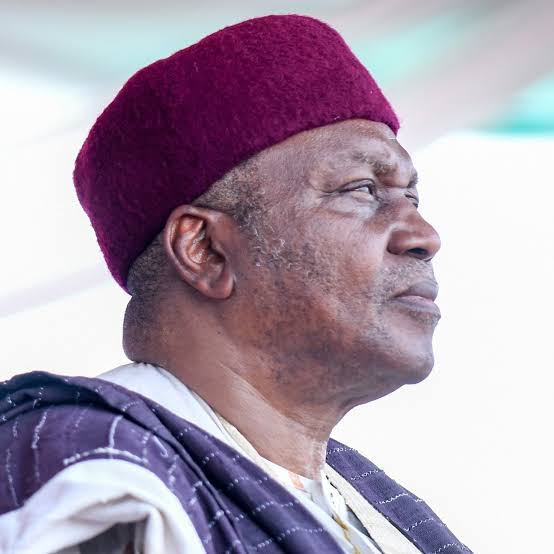 Within five years, the Governor Darius Ishaku-led administration has allegedly looted the treasury of Taraba state to the tune of ₦39 billion, media reports claim.

The Taraba Integrity and Accountability Group Jalingo (TIAGJ) said massive corruption and looting of Taraba State funds are presently going on under the Darius’ government.

According to TIAGJ, Governor Ishaku’s younger sister, Gladys Kande Mamman, a member of the Taraba State Basic Education Board, uses pseudo companies linked to her BVN22228442299 to launder billions for the governor using hoax contracts, even though she is a public servant.

The group said that no local government in the state has been able to undertake a single project worth ₦5 million from 2015 to 2020 – because the funds for all the councils are centrally siphoned each month.

In a petition forwarded to the Economic and Financial Crimes Commission (EFCC) Chairman Abdulrasheed Bawa, TIAGJ, said between August and September 2015, the Taraba State government accessed a credit facility to the tune of ₦2 billion to finance the state on lending to small and medium scale commercial farmers through the Taraba State Agricultural and Development and Investment Limited (TADIL).

The group, however said: “This fund to the best of our knowledge was diverted into private pockets of the Governor and his cronies, as no such financing of agricultural activities took place.” According to the petition signed by one Ezekiel Lazarus Mbamo, Taraba state received a CBN bailout loan of ₦37,655,975,922.60, comprising ₦23,135,682,937 for the state government, and ₦14,520,292,985 for the 16 local government areas in the state.

“The Governor in this case did not utilize the bailout for both the state and the local governments for the purpose they were meant for,” TIAGJ maintained.

Part of the petition reads: “Around October 2015, the Taraba state government obtained the total sum of ₦9,400,000,000 for offsetting of overdraft on salaries to Zenith Bank; Bureau of Local Government for salaries; Purchase of Associated vehicles for the Governor, Deputy Governor, SSG’s convoy and the State House of Assembly members; and also for PW Nigeria Limited, Gembu Road Construction.

“In November 2015, Taraba State government obtained yet another loan of 10 billion for the purpose of agricultural and infrastructural projects in the state. This money was wildly siphoned from the coffers of the state, as there were not such infrastructural projects to justify the huge borrowing. Similarly, there was no agricultural activity for which the loan was deployed.

“Between January and February 2017, the state government under Governor Ishaku received refund of Excess Debt service by Paris club to the tune of ₦4,202,983,799.33. Curiously, the Governor by passed laid down financial tenets and singlehandedly opened a new strange account in Zenith Bank without the Accountant General or any official being involved, where the Paris club refunds was lodged. Government later claimed the money was used to offset local government loan taken to pay salaries, to offset the bill arising from omitted names, rural roads, rehabilitation of General Hospitals in Gembu, Wukari and Bambur. It is on record that most of these activities were never undertaken as the money was diverted and stolen.

“Again in July 2017, the state government received another tranche of the Excess Crude refund of ₦4.2 billion which it claimed was going to be utilized for construction of road, electrification project and construction and rehabilitation of PHC facility and purchase of mobile clinic.

“In August 2017, Taraba state received another refund in respect of Excess Debt Services Payment by Paris Club to the tune of ₦5,612,014,491.51. The Darius Ishaku-led administration claims the money was used for the construction of Lecheke – Pantisawa road, Wukari – Tsokundi road, payment of outstanding workers’ salaries and rehabilitation of Wukari, Gembu and Bambur General Hospitals.

“Between March and April 2018, the state government accessed a credit facility from Zenith Bank to the tune of 1.5 billion naira, which the government claimed was to finance and boost commercial agriculture. This money was also clearly diverted and taken into private possessions.

“Within the same period (March/April 2018), the Governor Ishaku administration accessed another credit facility from Fidelity Bank to the tune of 5 billion. This came under the Global CBN commercial agriculture credit scheme to Taraba state government to construct an provide other associated irrigation equipment that support dry season cultivation of soya beans and rice on an estimated 250 hectares of farmland in Karin Lamido and other location of the state under the Agricultural Development Program of the state, while 2 billion naira of the loan was to enable the state establish one model cattle ranch in each of the senatorial district.” The group also wants EFCC to investigate the inflow of 28 billion naira which Governor Ishaku received as offer of promissory note discounting facility being refund for the construction of Jalingo-Sunkani-Garba Chede road, Bali-Serti-Gembu road and Jalingo-kona-Lau road. It said: “It should be noted that the Governor deliberately ignored the CBN guideline on this refund for a single-digit and opted for a double-digit interest from Zenith Bank for pecuniary interest. Today, the Garba Chede – Bali – Serti Gembu road on which the federal government made the payment is in a very sorry state as the people are left to suffer.”

TIAGJ noted that nothing may be left for the future generation if the tide of corruption in Taraba state is not controlled and culprits brought to book.