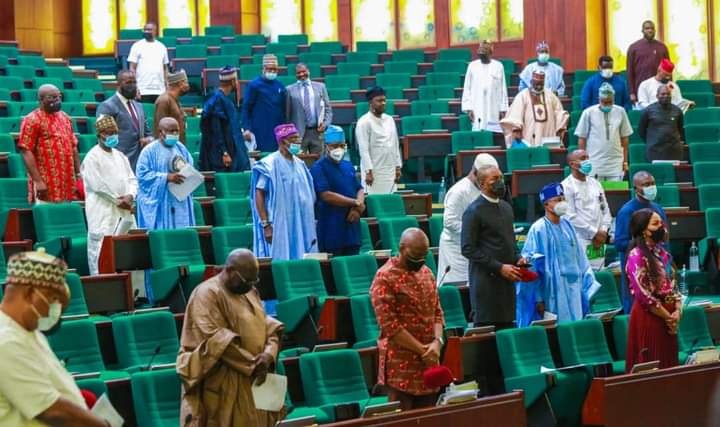 A Bill seeking the establishment of the Vigilante Group of Nigeria (VGN) with powers to provide community policing, maintenance of law and order and community service for Nigerians was passed into law by the House of Representatives n Wednesday.

The House during a committee of the whole considered and adopted 29 out of the 30 clauses in the Bill’s report presented by Kabiru Idris.

Idris while presenting the report said the Bill was earlier stepped down from consideration due to various concerns raised by members.

The concerns, he said included the cost of running the vigilante system by the federal government which according to him would rub off on the
use of firearms and lethal weapons.

“Concerns raised by various stakeholders during deliberations on the Bill has been addressed. Another area is the overlapping functions of the proposed group with other agencies, where some auxiliary services are provided under the functions of the group where found to be in other agencies. The review took note of that and at the end of the day all those areas where removed and in place of them, what was actually mentioned on the bill is that the Vigilante Group of Nigeria can only provide support services to assist those agencies.

“The most important aspect that was challenged during the last deliberation was the issue of funding. The earlier Bill sought for funding from the federation account, which means the federal government is supposed to take care of the budget, the financial activities of the group. The adhoc committee deliberated on this and agreed that all aspect of financial obligations from the federal government should be removed and that the group should stand on its own. Generate contributions from federal state and local government”, he said.

Contributing to the issue, the Deputy Speaker, Idris Wase, who presided over session underscored the need to source for funds for the group.

He said, “Security is everybody’s business. My only reservation to this bill is still on the issue of funding. I think since we are enacting a law, there’s nothing bad in seeking for funding for them, so they can also be guided properly. We have seen their efforts and work, from the northeast, north-central, north west we can attest to the work of vigilantes groups. I want to believe that the funding aspect should be looked into, so when we get to that point, we do the consideration, help us suspend that aspect so we look into it again, maybe by next week we come back and conclude on it. My plea again, look at the funding, include organisations, make it specific to avoid those who will like to fund terrorism from getting into it”.

Other Criminals Use IPOB, ESN’s Name To Destabilise S’East – Governors