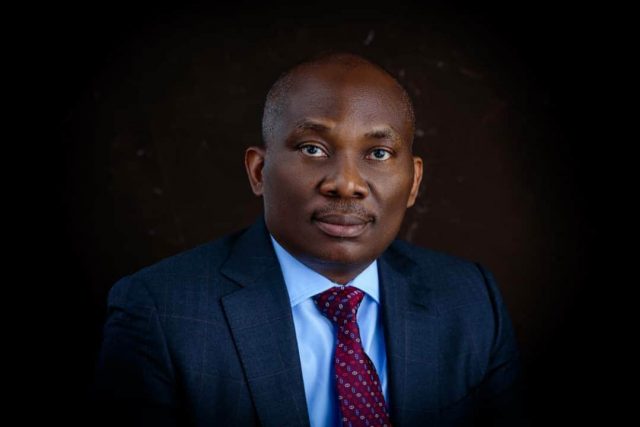 The House Minority Caucus in a statement signed by the its deader, Ndudi Elumelu on Friday urged the president to implement the recent resolution passed by both chambers of the National Assembly, asking President Buhari to sack the Service Chiefs.

Elumelu said the Caucus is alarmed by the Wednesday attack on the convoy of the governor, insisting that the sad incident has again reinforced the urgent need to review the nations security architecture. “We the opposition lawmakers hereby in the strongest terms restate the call to President Muhammadu Buhari to honour the resolution of the National Assembly and immediately remove the Service Chiefs and bring in new hands to effectively confront the security challenges confronting our nation,” he said.

He noted that the attack on the state governor and other dastardly activities of the insurgents in various parts of the nation have further reinforced the urgent need to inject new hands with fresh ideas to handle the nations security architecture.

Recall that Governor Zulum on Wednesday escaped ambush by gunmen suspected to be Boko Haram members. The convoy was attacked when the governor was returning from Baga where he distributed food items to Internally Displaced Persons (IDPs).

Acting Director, Army Public Relations, Col. Sagir Musa, disclosed in a statement on Thursday in Abuja that the Nigerian Army has commenced investigation about the attack on the governor’s convoy.

He said, “Although, details of the unfortunate incident are sketchy and under investigation, efforts are ongoing to comb the area where the incident occurred with a view to track down and deal decisively with the attackers.”

Buhari’s Nominees For NDDC Board, Others Set For Screening At The...