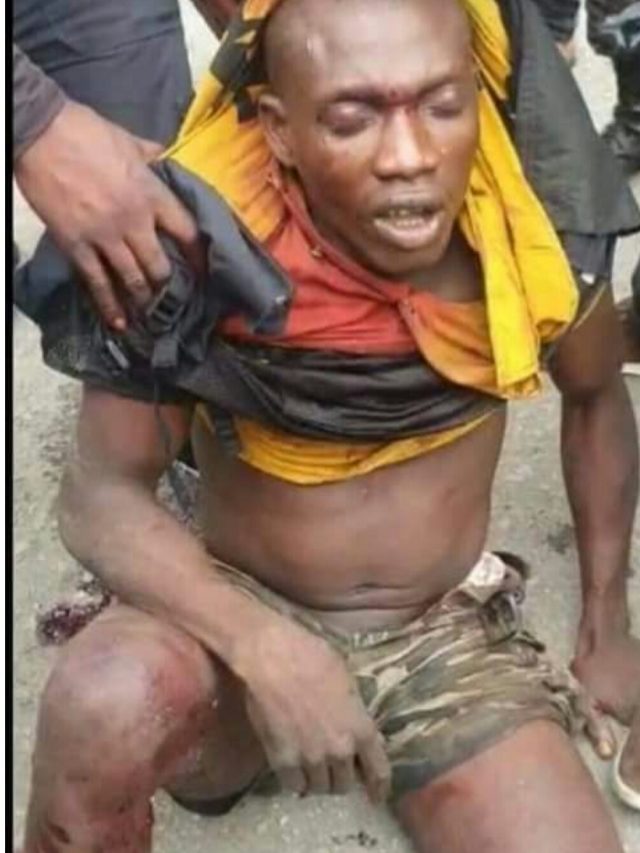 Most wanted criminal in Rivers State Honest Digbara also known as Boboski has died from multiple bullet wounds he sustained when he engaged the police in a shoot-out on Saturday.

He was arrested alive early Saturday at Korokoro in the Tai Local Government Area in a sting operation led by the Divisional Police Officer of Bori, Superintendent Bako Angbashim.

He was said to be attending a funeral when policemen and vigilantes acting on a tip-off stormed the area but on sighting them, he opened fire leading to a gun battle which, on the spot, claimed the life of his younger brother said to be his driver.

Politicos had earlier reported that Boboski, a terror to many residents in the Ogoni area of the state, has been linked to most of the criminal activities recorded in the area.

He was paraded at the headquarters of the command on Mosco Road, Port Harcourt.

He later died of multiple gunshot injuries sustained during the crossfire.

Addressing journalists, the state police commissioner, Joseph Mukan, said, “He was arrested through credible information at Korokoro Community in Tai LGA where he was hibernating with his gang of killers.

“On sighting the police, they engaged us and in a return fire, his driver was fatally wounded, while he was arrested alive.”

Mukan warned criminal elements to “repent, relocate or face the full weight of the law”.