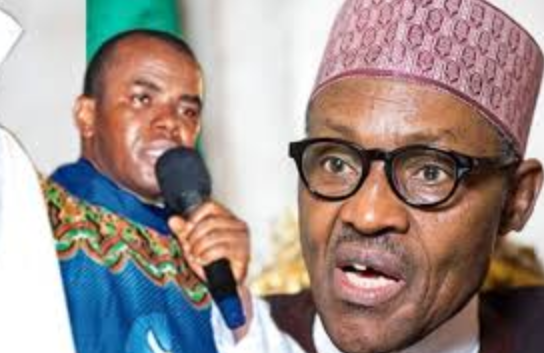 Catholic Bishop of Enugu diocese Rev Callistus Onaga in a letter to Mbaka said the Adoration ministry has also been converted to chaplaincy.

Unlike in the past where Mbaka solely oversees the activities of the ministry as its spiritual director, making it chaplaincy brings it under the control of the Enugu diocese and gives the bishop the power to appoint a chaplain to oversee its operations.

Although the bishop said Mbaka still leads the chaplaincy, he added that he (bishop) can appoint any ministerial officer “to assist the chaplains to oversee the pastoral activities of the ministry.”

“There shall be no partisan politics either by way of active engagement or by prophetic naming of candidates for position of power,” he said.

The letter, which is dated June 3, contains the diocesan directives and guidelines for the conduct of the adoration ministry.

The directives were announced just as Mbaka is set to resume activities of the ministry which was suspended following his one-month ‘private retreat’.

The priest went on the retreat after the controversies that trailed his recent clash with the presidency.

He had demanded that President Muhammadu Buhari should resign or be impeached over “bad governance”.

The presidency responded with an accusation that he is angry because his demand for government contracts was rebuffed.

Mbaka admitted that he once discussed the contract with Buhari during a meeting.

He, however, said he had gone to “hand over” three foreign nationals who had said, “they had the platform to end insecurity in this country under one month”.

Mbaka’s temporary absence amid the controversy caused a violent protest during which his supporters destroyed some of the church’s assets at the bishop’s house.

The Catholic church declared one week of prayer over the incident while the priest apologised for his mistakes.

“Even in all that I said, where I didn’t say it well, I pray for forgiveness. I am on your (the worshippers) behalf, kneeling down for the church and I tell the church, forgive,” he had said.

Are They Leading Us To The Grave?