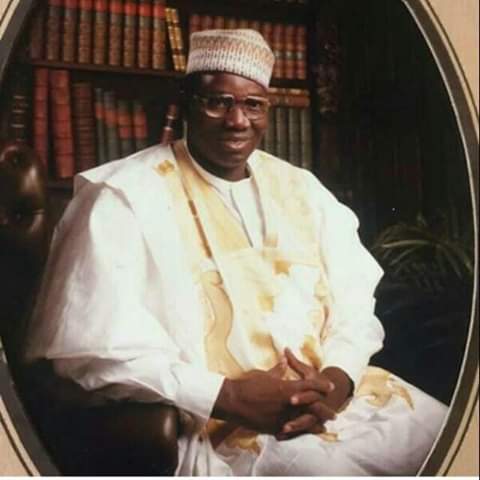 Late Alhaji Bako Kontagora of blessed memory was a consummate businessman, astute politician and renowned philanthropist. Born as Sa’id Bako Mohammed in Kontagora Niger state, Garkuwa was an enigma who bestrode the business and political landscape of Kontagora, Niger state and Nigeria as a colossus.

Garkuwa had a big dream to affect lives and he gave it his all. His life was a testament to the veracity of Napoleon Hill’s assertion in his famous book, ‘Think and Grow Rich’ that “whatever the mind can conceive and believe, the mind can achieve”. Garkuwa did not allow his lack of formal education early in life to deter him, but with the discipline he got from Islamic education, he was able to acquire a working knowledge of the English language through adult education.

This was all he needed as a springboard to become an international businessmen of repute. He established blue chip companies with both Nigerians and foreigners as employees. This was his way of fulfilling his childhood dreams of helping people and lifting them out of poverty by empowering them with jobs.

He started off as a transporter from where he ventured into construction. He had other business interests across different sectors and became the chairman of several companies in Nigeria and abroad which included Bi water, Almo Gases, Bako farms Ltd, Niger Aluminum, Solidarity Enterprise Nigeria Limited and Mutunci Co Nigeria Ltd. He was a major share holder in several banks such as Habib Bank now Keystone bank and Broad Bank acquired by Union bank.

As a politician, he was a major financier of the national party of Nigeria (NPN) that formed the national government headed by his Excellency, late Alhaji Shehu Shagari in the second republic. Late Kontagora was a dedicated Muslim his entire life contributing to the development of humanity at large. As a philanthropist, he was the chief financier of Niger Tornadoes football club among other educational and empowerment initiatives. His philanthropic gestures aimed at lifting the poor and giving succor to the needy.

In appreciation for his contribution to the society and national development, he was conferred with the Order of the Niger (OON) order of merit award. The Niger state government honored him by naming Bako Kontagora stadium in Minna, Niger state after him. He also has several local and international awards. The cold hands of death snatched our beloved father, husband, brother, uncle, mentor, friend, associate and partner 30years ago on Monday 21st of August, 1989 at Cronwell Hospital in Central London at the age of 53. Garkuwa was survived by four wives and many children who still draw inspiration from his examples.

The need to honor his memory and continue in his noble footsteps inspired the establishment of Bako Kontagora Development Foundation (BKDF) by his children and friends. BKDF has many other programs and activities aimed at touching many lives and we believe that as we do so, we are spreading the message of hope which he lived and died for. Adieu!