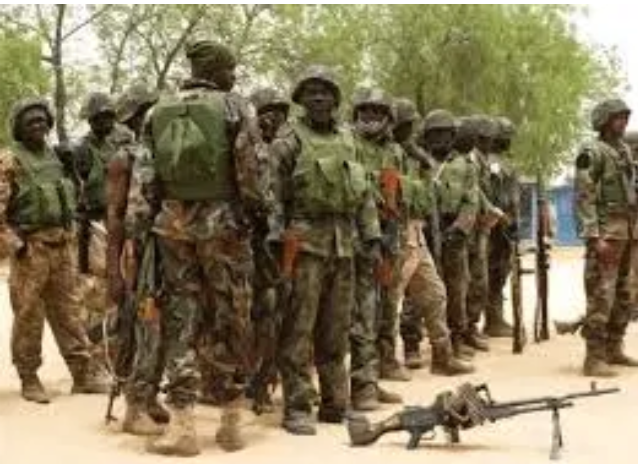 Credible reports have it that the terrorists were planning to execute coordinated attacks around Maiduguri and its environ when the Nigerian Army launched massive artillery gun bombardment on their camps.

A military intelligence officer involved in the operation disclosed that the pre-emptive strike by the Nigerian army was undertaken after obtaining intelligence on the movement of the fighters and the interception of their communication.

“Apart from credible information from the people on the movements of the terrorists, we were able to intercept their communication and devilish plans to attack Maiduguri and its environ.

“Their ugly plans were thwarted when the Nigerian Army launched an Artillery gun bombardment within the general area and luckily strike the mass gathering of the terrorists killing at least 40 of them while others escaped with various degrees of injury.

“The acting General Officer Commanding 7 Division of the Nigerian Army, Brigadier General Abdulwahab Eyitayo was so excited that he sent words of commendations and encouragements to the troops for the latest feat.”