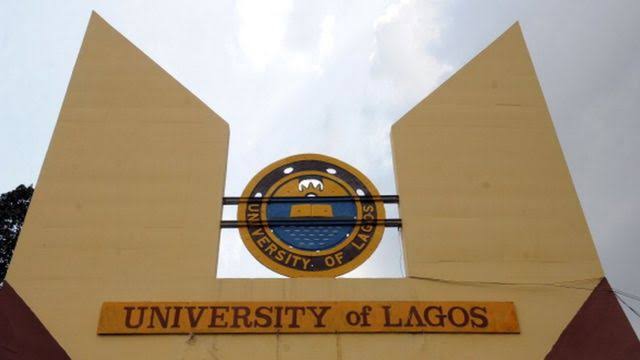 The Presidential Visitation Panel to the University of Lagos has said two states – Lagos and Ogun, lost the sum of ₦2.9 billion as a result of gross under deduction of Pay-As-You-Earn (PAYE) from staff salaries in five years by the institution.

The panel stated this in its report to the federal government at the end of its assignment which focused on the administration of UNILAG between 2016 and 2020.

The panel also noted that the university stinks of corruption even as it detected cases of contract splitting and frivolous contract awards at the institution.

The university is yet to react to the allegations contained in the panel’s report.

The seven-member panel headed by former Chief of Army Staff General Martin Luther Agwai (rtd) was constituted on 29th March 2021 with the mandate to look into the affairs of UNILAG between 2016 and 2020.

The management was at loggerheads with the immediate past Governing Council led by Dr Wale Babalakin (SAN) which culminated in the removal of Prof Oluwatoyin Ogundipe as Vice Chancellor in August 2020. Babalakin had accused the Ogundipe management of corruption.

Although the Vice Chancellor, Prof Ogundipe has since been reinstated by the federal government, the Agwai panel in its report said “There are cases where the principal officers exceed approval limits by approving related and similar expenses that ordinarily should be a single piece of procurement.

“This could be interpreted as splitting of contracts or services for it to be within the limit of an officer and avoid rules governing big tender, breach of the Procurement and Fiscal Responsibilities Acts.”

The Presidential Visitation Panel which was constituted on 29th March 2021 which reported tax fraud in the book of the University said it was not only Lagos and Ogun that suffered from the alleged sharp practices of the university administration as junior staff were also made to bear the tax brunt while those at the top cadres benefitted.

According to the report of the panel, “Statutory deductions of personal income tax (PIT) were not accurately computed in the University’s staff payroll. A 5% flat rate was applied. This resulted in a heavy tax burden for the lower-income earners that are required to pay 1% of their gross salary where annual taxable income is less than 300,000. And conversely, benefited the higher and average income earners.

The panel also made reference to the frosty relationship between management under Ogundipe and the immediate past governing council led by Babalakin.

The panel observed that Babalakin who submitted a memorandum and also appeared before it was able to convince members that the removal of Ogundipe by his Council followed due process and that the Vice-Chancellor was given sufficient opportunity to defend allegations of financial misdeeds levelled against him and his management team.

It said the Council was divided along internal members from the university who backed the vice-chancellor and external members appointed by the federal government who were predominantly pro-Babalakin.

On the process for the vice chancellor’s removal which the Federal Ministry of Education faulted as being flawed and upon which Ogundipe was reinstated, the panel agreed with the Council, saying it was in order.

The panel said from the memorandum submitted by Babalakin and the argument he put forward during his appearance before it, due process was observed.

Hushpuppi’s Kids Live In London, New York – Opens Up On His Women

FG: New Revenue Formula Will Be Ready By December

COVID19: How LASU’s Plan To Resume In Batches Will Affect Students