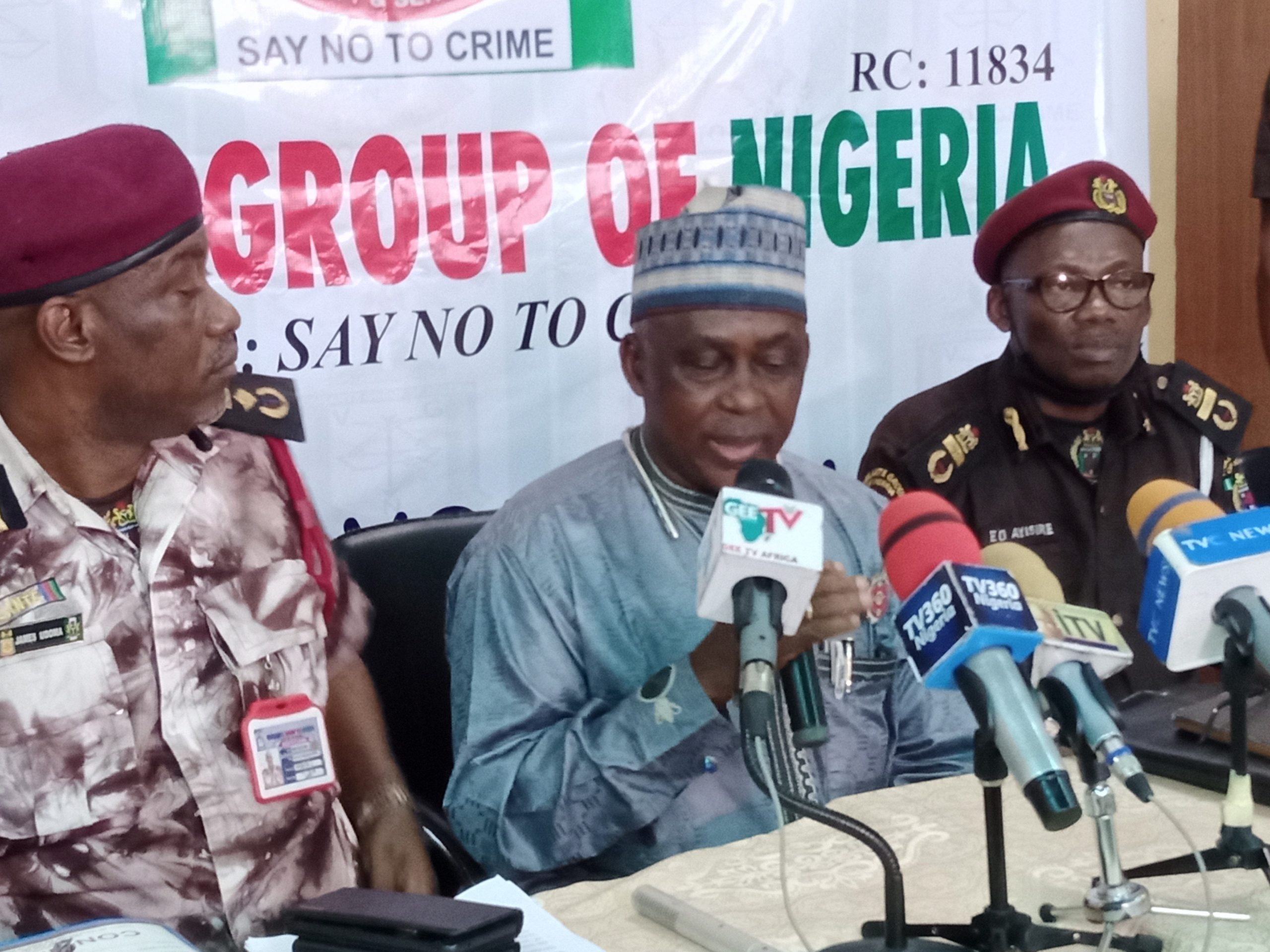 The Vigilante Group of Nigeria (VGN) has saluted members of the National Assembly for the recent passing of the the bill to establish the organisation. The group is poised to enhance internal security operations in the country.

The Commander General of VGN Navy Capt AB Umar (rtd) made the commendation in Abuja on Monday.

He appealed to President Muhammadu Buhari to sign the bill when it gets to his desk after the senate may have concurred with the House of Representatives.

He said, we “appeal to President Muhammadu Buhari, Commander-in-Chief of the Armed Forces to give his accent and sign this bill into law

“From the North east and North west where Boko Haram terrrorism, kidnapping and cattle rustling is common to the North central with kidnapping and banditry, South south, South east and South west where kidnappings, street gangsters, cultism and other forms of criminality is prevalent, the Vigilante Group has consistently played a complimentary role and provided the much needed intelligence backbone to the Police and the Nigerian Armed Forces.”

Last week, the House of Representatives passed the the bill to establish the organisation after several years of delay. It is expected that the Senate will follow suit in no distant time.

“On Wednesday 17th November 2021, the House of Representatives graciously passed the Bill seeking to establish the Vigilante Group of Nigeria (VGN) with the powers to provide community policing, maintenance of law and order and community service for Nigerians.
The House had earlier stepped down the Bill from consideration due to various concerns raised by members but in the committee of the Whole, the House considered and adopted 29 out of the 30 clauses in the Bill’s report presented by Hon. Kabiru Idris.

“Since the bill was first introduced in 2017 at the instance of the Vigilante Group of Nigeria under my leadership, it has suffered various setbacks ranging from how it it will be funded to debates around the multiplicity of security organizations in the country. However, one of the biggest concern is the cost of running the vigilante system by the federal government and this includes the logistics of the use of firearms and lethal weapons.

“I am happy to inform you today that these concerns by various stakeholders during deliberations on the Bill in the House have finally been addressed including the issue of overlapping functions of the VGN with other security agencies. Our vision and mission from the onset is not to usurp or interfere with the statutory functions of the existing security agencies but to provide support services to assist those agencies,” Umar said.

VGN which has been in existence since 1999 when it was registered with the corporate affairs commission, has a current manpower of over one million trained officers and men. According to the CG, the organization has since expanded its operations to cover the nooks and crannies of the country. He said it is the only non-governmental security organization that network the entire country.

“It also has the largest membership which is more than the strength of all the regular security agencies in Nigeria. VGN members operate and reside within their own communities and are in all the 774 Local Governments and wards.

“If given legal backing, our members will surely complement the effort of our security agencies better. Considering the fact that our strength is more than that of all the security agencies put together, we can easily fit in as Community Police or National Guard.

“As part of our effort at internal control and to minimize the possibility of criminals parading themselves as our members, all VGN members are now registered with the NSCDC, a database have been opened for our members and PSID numbers are issued to each member. The PSID number double as their chest number and service number which is reflected in their ID cards and the Nigeria Police is already training and working with our members on community policing.

“Lastly, apart from the old oil pipelines, Nigeria has over 3,000 km newly built gas/petroleum pipelines, Great Green Wall Nigeria, Inland Waterways and Creeks, Railway stations and lines and more than 30 Power plants, vast farmland and many other Key Positions (KPs) and Vulnerable Points (VPs) which our members are capable of protecting in their various areas as first line of defence if given the opportunity.”