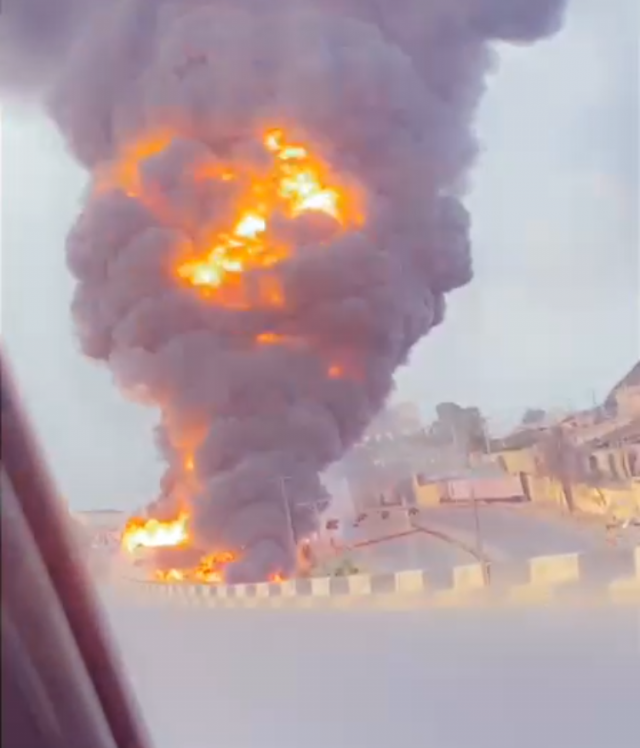 There is heavy traffic at the Berger end of the Lagos-Ibadan expressway in Lagos State after a fuel tanker caught fire on Otedola bridge on Saturday.

The incident occured early evening but traffic did not begin to build up immediately.

Being the major gateway in and out of Lagos, the incident caused gridlock the highway and other adjourning roads around the Otedola bridge which has witnessed many accidents this year alone.

The incident caused panic on the expressway as many vehicles made U-turn in a bid to avoid being engulfed by fire.

Some passengers were also seen alighting from vehicles in a hurry due to the heavy balls of fire emanating from the accident scene.

Many passengers were also stranded at the Alausa Secretariat, old toll gate bus and Motorways bus stops. Same scenario was noticed at Berger but stop both on top and under the bridge.

As of the time of filling this report, details of what caused the fire incident remained sketchy.

Abuja Bank Robbery: How I Was Recruited By Staff, Customer Spills Details